A message from the king (unlikely concept) 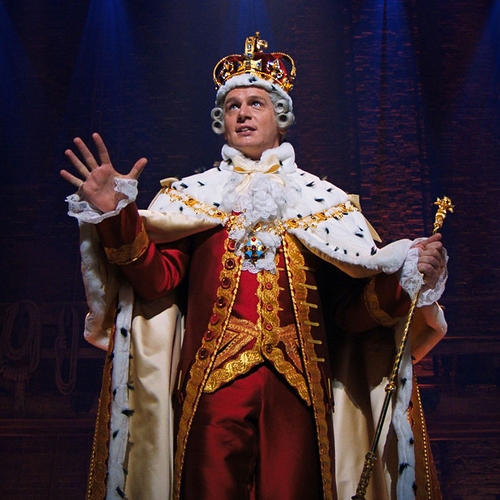 “You’re on your own, awesome wow!”

Oceans rise, empires fall, the king of England sends fully armed battalions to remind them of his love

Entrance: Messagers announce the arrival of the king and then king george III walks in wearing his outfit from “You’re on your own”

Defeat: King George gets mad and points to the enemy team in rage

Passive: instead of a basic attack, King George III instead does his little dance from “you’ll be back” which decreases the effectiveness of debuffs towards himself by 30%

Active: King George III points to the frontmost enemy with his scepter, inflicting “taunt” onto the enemy and increasing the cooldown on all of the enemies skills by 5 seconds

Green: What comes next

King George III knows the next person in charge, this inflicts “taunt” onto the enemy with the highest evasion for 10 seconds. when an enemy is inflicted with taunt, all allies now target that enemy until the “taunt” wears off.

When below 50% of his max HP, King George III insanely claps his hands and jumps up and down. This heals him for x amount while also scaring all enemies for 5 seconds.

Purple: When push comes to shove

If enemies are already scared by any source, they will instead get sapped and have their movement speed decreased by 60% for 5 seconds.

When an enemy is sapped by king george or another ally while they have a shield, the shield gets halved by X amount.

I don’t know if you intended this but a lot of this concept seems to have been copied from @Imagineer_V’s King George concept.

“I will send a fully armed battalion to remind you of my love!”

“I will send a fully armed battalion to remind you of my love!”

Active: King George III sends a guard to attack the enemy with the lowest HP, dealing x damage, instantly defeating the enemy, and scaring the other enemies for 10 seconds

Active: King George calls on one of his soldiers to attack an enemy, dealing X damage and resulting in an instant KO. This can only be activated if the enemy is below X HP.

King George does his little dance from You’ll Be Back

I do not have an issue with the quote and animations as much as the skills and the friendship. I want to assume that @C-train had no intentions of copying, but I work really hard on my concepts, so please change it. Next time, check to make sure that things are not copied from anyone.

Yeah, one time SOMEONE (who shall not be named right now) created a concept unwilling knowing some parts were taking from mine.

And I changed up the concept alot so it would be alot different from your amazing concept!!