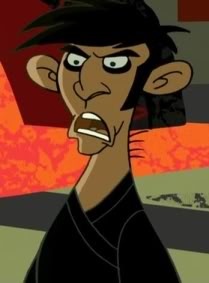 Quote: “Don’t worry. I’ll write you a letter of recommendation. And by then I’ll have led an army of ninja monkeys into battle under the power of the Lotus Blade!”

Description: Monkey Fist uses his mystical Monkey powers and karate skills to take down enemies on the battlefield.

Victory: Gives a thumbs up and stands upright.

Defeat: Falls over and facepalms himself.

Monkey Fist flips over to the back line of enemies, passing through enemies and knocking them back with each hit, dealing X damage. Monkey Fist then returns to frontward position near his allies. 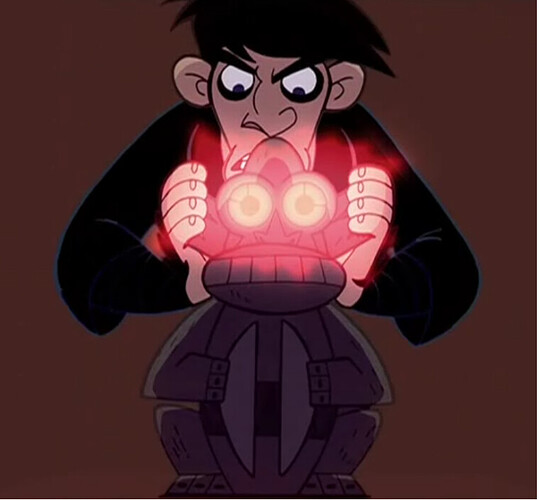 Monkey Fist activates Tempest Simia, granting him 150% attack speed and heals himself for X HP. The idol then shoots out a beam dealing X damage to enemies in a close range.

Monkey Fist flips over to the front most enemy, dealing X damage to them, sapping them for 12 seconds, and knocking them back.

After Monkey Fist heals with “Tempus Simia”, the cooldown for “Primate Punches” is reduced to 0 seconds.

If enemies were to be knocked back by “Monkey Leap” or “Primate Punches”, Monkey Fist steals 650 of their energy.

Monkey Fist also deals 200% more damage to enemies that were knocked back in the last 10 seconds.

The energy removal and bonus damage have a chance to fail if enemies are above level X.

Campaign Description: Dr. Drakken seeks the help of Monkey Fist in order for their new plan to take down Kim Possible and acquire a new power source that could put the city in peril.

Disk Symbol: A bomb with a monkey on it.

Campaign Description: Monkey Fist seeks the help of Rafiki to seek a so-called “Primate Paradise” for his ninja monkeys to resign.

Give “Berserk” to Ally

Which Disk do you use?

After Monkey Fist heals with “Tempus Simia”, the cooldown for “Primate Punches” is reduced by 0 seconds.

Being “reduced by” and being “reduced to” are different things. In the way you wrote it, the cooldown isn’t reduced at all

OK, It’s fixed. What do you think of this concept?

It sounds good, but dealing extra damage to knocked back enemies is kinda impossible, since knock back is instantaneous. You could write: “Monkey Fist deals 200% more damage to enemies that were knocked back in the last 10 seconds.”

OK, That sounds better. What disk would you work on, and why?

Dr. Drakken disk, because making an ally berserk at the start of the wave is kinda useless.

I would agree, Drakken’s disk can really be a great counter against control heroes, and make Powerline completely useless.

I made the berserk disk when an ally is below a percent of a max HP instead of a start because it would be useless like you said, so I fixed it.