Dear Forumers!
Maybe you’ve read my Yesss Concept here: My hero concepts starting with Yesss
It wasn’t “bad” but it was my first Concept and now I know how to do it better. So enjoy the new version with fixed Skills, Disks, etc.

It will be published today evening or tomorrow.

Great to hear that! 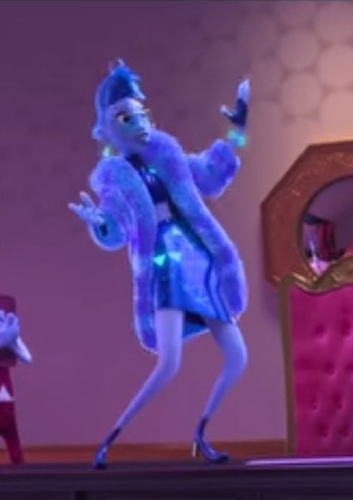 Screenshot_20200527_153342494×699 57.1 KB
Yesss is a 2-star, Frontline, Tank Hero
Trial Team: blue
Quote: I love it!
Description: Yesss is the algorithm of BuzzTube and fights evil with cleverness and her technical know-how.
Appear: walks to her position
Victory: Hearts come out of her mobile phone and fly around her.
Defeat: throws her mobile phone on the ground angrily
Basic Attack: does something on her mobile phone dealing X damage

White: That’s what the Internet was made for
Yesss dances giving 300 Energy to each allie and increasing their armor and reality by X.

Green: Someone gimme Tech Support
Yesss asks for tech support healing herself with X HP and studying all enemies.

Blue: Hearts, Hearts, Hearts
Hearts fly out of Yesss’ mobile phone and charm the closest enemy for twelve seconds.
Charming can fail if the enemy is above Level X.

Purple: Internet Star
Yesss becomes invincible for ten seconds with That’s what the Internet was made for
Invincibility can fail if Yesss is above Level X.

Red: Cool Internet
Yesss gains +100% Energy and Attack Speed if she has five allies.
This is less useful if Yesss’ allies are over Level X.

How many points do you give me for the Yesss Concept?

Look at the new Skill Icons!