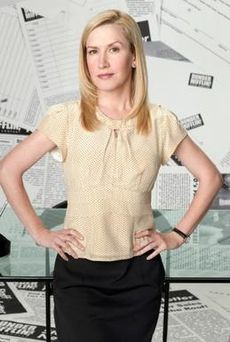 Angela uses her strict morals to judge the enemy team with sever scrutiny.

“If you pray enough, you can turn yourself into a cat person.”

Entrance: Walks in hands behind her back

Victory: Smiles and looks away shyly

Active: Angela yells at the enemy with the most basic damage, dealing X damage, stunning them for 8 seconds and silencing all other enemies for 6 seconds.

Green Skill: Voodoo Mama Juju
Angela puts on her Voodoo Mama Juju costume for 8 seconds. While Angela has her costume all enemies are scared and have their attack and movement speed reduced by 50%.
The slow has a chance to fail against enemies above level X.

Fantastic Damage
Angela throws her cat, Bandit, at the enemy backline hoping they’ll save him. When Bandit lands he deals X damage to nearby enemies and blinds them for 13 seconds.

Purple Skill: Kitchen Witch
Angela’s presence applies ‘Nervous’ to all enemies. Enemies with ‘Nervous’ have a 30% chance for their attacks to miss and instead deal 25% of the damage to them and nearby enemies.
‘Nervous’ is less effective against enemies above level X.

I noticed this. But no big deal. This concept is really funny.

Oops, I never finished it

It happens. No need to beat yourself up about it my friend

The concept is now complete

I may begin going off topic for a sec but I love that episode and that part always makes me laugh also do you think the cat died?

I love that episode and that part always makes me laugh

Easily the best cold open ever. Also, the CPR scene is so good

also do you think the cat died?

I remember something later in the show there was bandit two (the sequel).

Also, the CPR scene is so good

Dwight turns around making weird noises with the mask on