Due to a tie in the poll I have decided to make a concept for both Michael and Dwight.

Don’t forget to vote for the next character here. 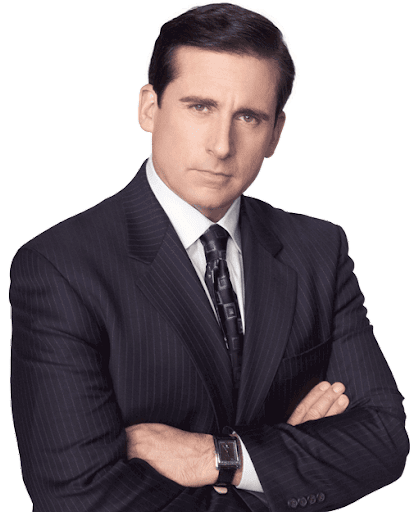 White Skill: That’s What She Said
Passive: Instead of a standard basic attack, Michael makes a joke healing himself and his weakest ally for X HP.

Active: Michael makes a ‘That’s what she said’ joke which disgusts the enemy team. This gives him and his allies a shield with X HP that lasts for 8 seconds. It also lowers the enemies’ reality by X.

Blue Skill: Michael Clump
Michael puts on his Michael Clump suit and stomps on the stop. This knocks back all enemies and increases his allies’ attack and movement speed by 150% for 11 seconds.
Speed boost has a reduced effect on allies above level X.

Purple Skill: Somehow I Manage
Whenever Michael puts on one of his outfits in either Prison Mike or Michael Clump he and his allies gain X skill power for the rest of the wave. 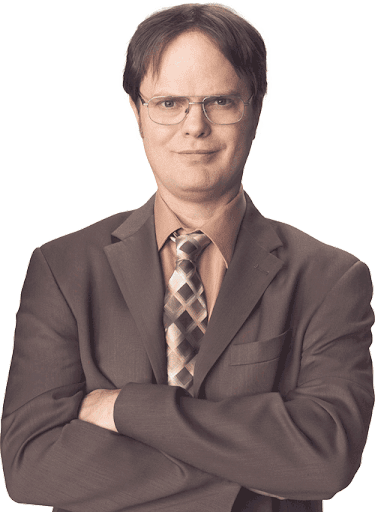 Dwight uses his karate training to dominate over his subordinates.

“I now have the strength of a grown man and a little baby.”

Basic Attack: Double punches an enemy (similar to Ralph)
Entrance: Walks in shaking his head
Victory: Punches the air while smiling
Defeat: Screams and drops to his knees

Normal Damage
Dwight uses Basher, Thrasher, Crasher, and Fireball (his fists and feet) to hit the closest enemy 4 times. This deals X damage per hit and knocks back the enemy after all 4 hits.
If Dwight hits a disabled enemy they lose 50% of their armour for the rest of the wave.

Fantastic Damage
Once every 12 seconds when Dwight or one of his allies is about to be attacked, Dwight sprays the whole enemy team with Pepper Spray dealing X damage and blinding them all for 6.5 seconds.

Normal Damage
Dwight fires his bull tranquiliser at the furthest enemy dealing X damage and stunning them for 10 seconds.

Red Skill: Beet Farmer
Whenever Dwight or an ally uses a basic attack they are healed for 3% of their Max HP.
Dwight’s basic attacks stun the enemy he hits for 4 seconds.
The stun has a chance to fail against enemies above level X.
+X Damage to Bull Tranquiliser
+X Basic Damage
+X Armour

Who’s the allies for Hercules

Thanks for pointing that out.

No, it’s Improv as in Improvisation. Michael loves doing Improv.

I’ll change it to Improvisation though to avoid future confusion

Choosing a quote must have been hard! There are so many hilarious ones!