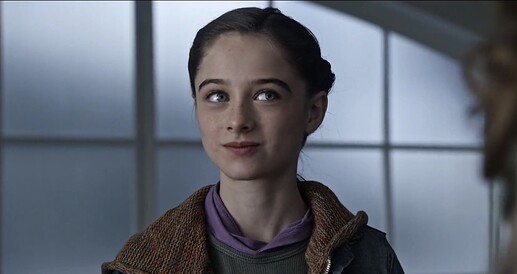 Athena is not like other audio-animatronics. Hidden beneath that metal interior is a sense of heart, and heart is something the City could use.
Trial Team: Red
Role: Frontline Control
Stars:

Quote: “ You want to know why you could never make me laugh? Because you’re not funny.”

Animations:
Entrance: Athena rides into the battlefield in a pickup truck.
Victory: Athena bows to the enemy.
KO: Athena breaks and collapses. 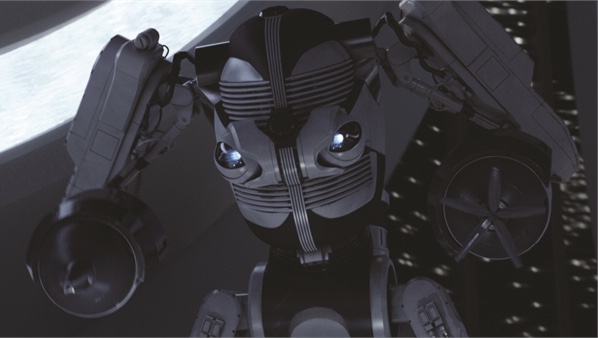 Green Skill - X-Ray Scan
Athena uses her x-ray vision to locate the weakest enemy, targeting them until they reach 0HP. She will steal X energy from them each time she deals X damage to them.

Blue Skill - Power Absorber
Athena cannot take damage over a 9-second time block. During that time, she gains X HP each time enemies attempt to deal damage to her.

Purple Skill - Proper Sendoff
If Athena reaches 0HP, she dives into the enemy lineup and self-detonates, causing an explosion that deals X damage to enemies.

Friendships:
Athena + Frank Walker
Campaign: Postmortem Teammates - Frank waits for the CPD to assign him a partner for his patrol, and oddly enough, Athena, back from the dismantled, bears the cross. Frank could not have hoped for a better person to patrol beside.
Disk: Top of the Line
Disk Memory: The construction robot from Athena’s “Tech Attack” skill deals X additional damage.
Disk Power: Z Z Basic Skill power
Allies: EVE, Kronk, Launchpad McQuack