BatMan (from The DCU) 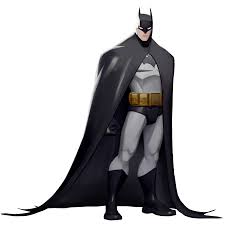 Description: The caped crusader will bring his various gadgets and fighting skills to the test in the fight for the city
Quote: “I’m BatMan.”
Stars: 1
Trial Team: Blue
Entrance: BatMan will ride in his BatMobile, as it drives BatMan will jump out and the BatMobile will keep driving until it’s of screen
Victory: BatMan will disappear in a puff of smoke
Death: BatMan will fall to the ground in pain
Role: Midline Control

Basic Attack: BatMan will throw his Batterang at the closest enemy

White skill: Grappling Hook: Fantastic Damage
BatMan will pull out his grappling hook and fire it, hitting the furthest enemy and pulling them to the frontline. Dealing X damage and snaring them for 15 seconds

Green skill: Explosive Batterang: Fantastic Damage
BatMan will throw an explosive Batterang at the enemy with the most skill power, dealing X damage and decreasing the basic damage of all enemies by 15% for 15 seconds

Blue skill: Smoke Bomb
BatMan will throw multiple smoke bombs at his allies, making them invisible for 10 seconds. Along with this BatMan will distract all enemies for 15 seconds, BatMan will also gain X health over 10 seconds

Purple skill: The Bat Man
BatMan’s health bar will increase by 20% whenever he KO’s a snared enemy. Along with this BatMan and allies will deal 20% more damage to snared enemies

Red skill: The Dark Knight
BatMan’s Green and Blue skill have a 10% chance to snare enemies for 20 seconds, along with this, if an snared enemy is hit by BatMans basic attack, they’re time snared will be increased by 5 seconds

BatMan and DarkWing Duck
Disk: The Duck Knight Returns
BatMan will heal X health when he damages a stunned enemy
BatMan thinks DW must be a new fan or a new adversary but he is a vigilante just like him. DarkWing takes great offense to this so he tries to one up BatMan in every way
Allies: Launchpad Mcquack GizmoDuck MegaVolt

BatMan and Shaggy
Disk: Ultimate Crossover
BatMan will take 10% less damage less from enemies effected by “Smoke Bomb”
Shaggy needs help on a mystery and who better to help than the Dark Knight himself
Allies: Basil Chip and Dale Mickey Mouse

Batman is property of DC Comics owned by Warner Brothers. Disney does not have the rights to use DC characters, because that property is owned by another company.

Disney does own Marvel Comics and Disney does have the rights to use Marvel characters (since they own them).

That’s why I labeled it as “Unlikely.” That doesn’t mean I can’t make a BatMan concept.