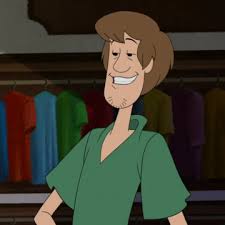 Description: One average mystery solving dude, with god like power of unknown origin
Quote: “This can go two ways punk, either you walk away, or I walk on your face.”
Stars: 2
Trial Team: Blue
Entrance: Shaggy will run into the battle field before skidding to a halt 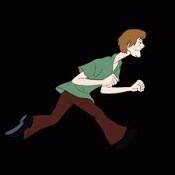 Victory: Shaggy will rip his shirt off by flexing before brushing off his shoulders
Death: Shaggy will attempt to enter rage mode but fails before sadly munching on a sandwich
Role: Frontline Tank

Green skill: For A Scooby Snack
Shaggy will eat an entire box of Scooby Snacks, energizing him and healing him for X health over 10 seconds

Blue skill: Sandwich Smack Down: Fantastic Damage
Shaggy will rip a sandwich out of the ground and throw it at the furthest enemy, dealing X damage and stunning them for 7 seconds

Purple skill: Power Of the Zoinks
Shaggy will heal X health when he deals damage to a stunned enemy

Red skill: What’s New?
Shaggy will now be in Rage Mode for 25 seconds, along with this the effects from “For A Scooby Snack” and “Sandwich Smack Down” will have they’re effect extended by 5 seconds while in Rage Mode

Shaggy and Hercules
Disk: Battle Of Demi-Gods and Gods
Shaggy will gain attack up after using “For A Scooby Snack”
Hercules convinces Shaggy to join a tournament of gods and Demi-gods
Allies: Maui Thor Hades

Shaggy and Swedish Chef
Disk: Mystery Of the Lost Chicken
Shaggy will gain a shield with X health when “Sandwich Smackdown” is used
Shaggy is out to get a bite to eat but somehow gets rapped up in another mystery involving Swedish Chefs missing chicken
Allies: Linguine and Remy Gonzo Donald Duck