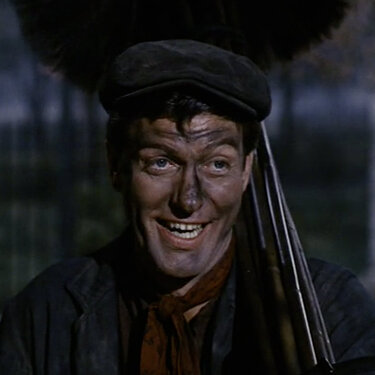 Bert is a man who wears many hats, ranging from a one-man band and a sidewalk artist to a chimney sweep, and each one plays a valuable role in the battle against the error-ridden monsters.
Trial Team: Red
Role: Frontline Tank
Stars:

Quote: “Winds in the east, mist comin’ in, like somethin’ is brewin’, about to begin. Can’t put me finger on what lies in store, but I feel what’s to happen all happened before.”

Animations:
Entrance: Bert leaps out of a chimney, which disappears from the battlefield after he exits it.
Victory: Bert waves to the fallen enemy lineup.
KO: Bert tips his hat and goes back down the chimney.

Green Skill - Penguin Dance
Bert is joined by the penguins, waddling and spinning in a circle, silencing enemies for 8 seconds and removing X reality from them.

Blue Skill - Street Show
Bert equips his one-man band setup and plays a tune for 9 seconds. Over time, enemies will take X damage, lose X armor, and have X energy stolen from them.

Red Skill - Good Luck, Governor
Enemies that have applied a debuff to Bert will take X damage each time he performs his “Penguin Dance” skill.

Bert + Fozzie Bear
Campaign: Head in the Clouds - When Bert laughs at one of Fozzie’s jokes, he floats in the room, surprising both the comedian and his guests. When Fozzie attempts to pull him down at first, he joins Bert for a good laugh before something sad can have them make contact with the ground again.
Disk: New Heights
Disk Memory: Bert’s “Step in Time” skill stealsX armor from enemies.
Disk Power: Z energy gain, Z shield power
Allies: Jack Skellington, Timon & Pumbaa, Gizmoduck