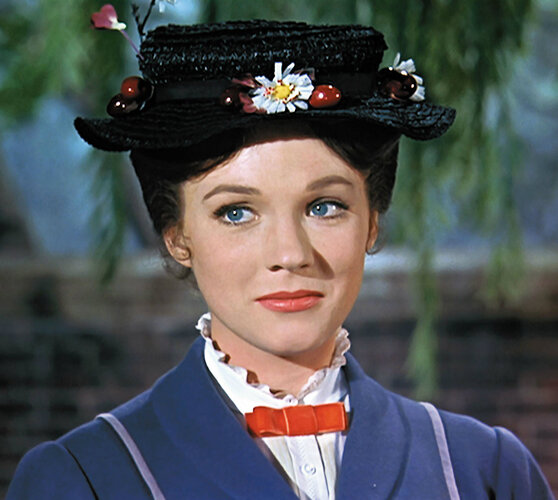 The nanny with whimsical mind-bending magic takes her allies on a journey that will have creeps dropping like flies.
Trial Team: Red
Role: Midline Support
Stars:

Quote: “Why do you always complicate things that are really quite simple?”

KO: Mary Poppins disappears into an oil painting in a poof of smoke.

Skills:
Basic Attack: Mary Poppins snaps her fingers, causing a toy or article of clothing to magically pass by and hit enemies.

White Skill - a Spoonful of Sugar - Normal Damage
Mary Poppins takes a spoonful of medicine, cleansing herself of debuffs and granting herself and her allies X additional HP.

Blue Skill - Oh, Snap!
If an ally reaches 50% their max HP, Mary Poppins will snap her fingers, applying the following.

This skill can only be performed on one ally at a time. Once all allies are effected, it can no longer be performed until the next wave.

Purple Skill - Supercalifragilisticexpialidocious
Mary Poppins is immune to debuffs for 9 seconds each time she performs her “a Spoonful of Sugar” skill. Her armor and reality are both increased to X.

Red Skill - Spit-Spot
Enemies that deal damage to Mary Poppins while an ally is effected by her “Oh, Snap!” skill lose X reality.

Mary Poppins + Huey, Dewey, & Louie
Campaign: Unreal Outing - Mary Poppins is tasked with watching over Huey, Dewey, and Louie for the day, and decides to treat them with a visit in the park. While the boys are messing around, Mary defends them from creeps.
Disk: Nanny of the Year
Disk Memory: Mary Poppins grants X additional HP to allies each time she performs her “Practically Perfect” skill.
Disk Power: Z Blue Skill power
Allies: Scar, Randall Boggs, Violet

in case they haven’t noticed

i think i should have done this a while ago