This is a refresh of my own concept that I decided to remake. Enjoy! 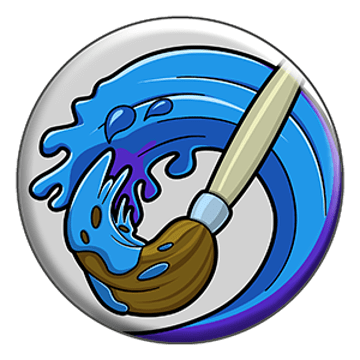 “The name’s Magic. Tragic Magic…Steal from me and your Doug Dima-done for.”

They call him the “Complex Mind” for a reason. The shadow artist Tragic Magic and his shadowy spirits paint their enemies a special box: a coffin.

Role: Control
Position: Middle
Trial Team: Blue
Entrance: Tragic and his chest of spirits rise up from a puddle of blue ink
Victory: Tragic starts to pet his current active spirit
Defeat: Melts into a a pebble of blue ink
Attack: Swipes at enemies with his paintbrush wand

White Skill: Unleash The Magic (Fantastic Damage)
Passive: Tragic’s shadow sprits fight along side him for the entire fight. They have X HP, deal X damage with each subsequent attack, will still attack while Tragic is stunned, silenced, or frozen. At the start of the first wave, the player chooses either the Wolf, Dragon, Bat, or Snake to fight along side Tragic. Lastly, Tragic cannot be cursed or sapped.

Active: The player chooses which spirit to swap out with the active one. When a spirit is summoned, they roar at the enemies, dealing X damage and scaring them for 10 seconds. This will resummon the spirits if they were KO’d in battle. The scare has a chance to fail against enemies above level X.

Green Skill: Painting Shadows (Fantastic Damage)
Tragic uses his paint brush to manipulate the shadows of a random enemy to make them betray the target, dealing X damage and removing X reality. If he is targeting the “Most Wanted” enemy, he instead charms them for 15 seconds. While charmed, the enemy gains 200% attack speed and gain all of Tragic’s debuffs after the charm expires.

The charm cannot be reduced by tenacity and dodged or evaded. The charm has a chance to fail against enemies above level X.

Blue Skill: Paint The Town (Fantastic Damage)
Tragic swipes the three closest enemies with his brush 3 times, dealing X damage with each swipe, blinding, sapping, or jinxing them for 14 seconds.

Jinxed enemies receive 100% of the damage they deal back to them and apply any debuffs to themselves only.

The debuffs have a chance to fail against enemies above level X.

Purple Skill: Feels Like Magic
If Tragic and his spirts deal more than 20% of the enemy’s Max HP in a single hit, the enemy is sapped for 5 seconds and Tragic gains X skill power.

The sap has a chance to fail against enemies above level X.

Red Skill: Kindred Spirits
The spirits share 50% of the HP and energy gain with Tragic while they’re in battle.

Every 3 basic attacks, Tragic or his spirits sap the enemy for 5 seconds. Tragic and his spirits steal 90 energy when damaging a sapped enemy.

Stealing energy has a chance to fail against enemies above level X.