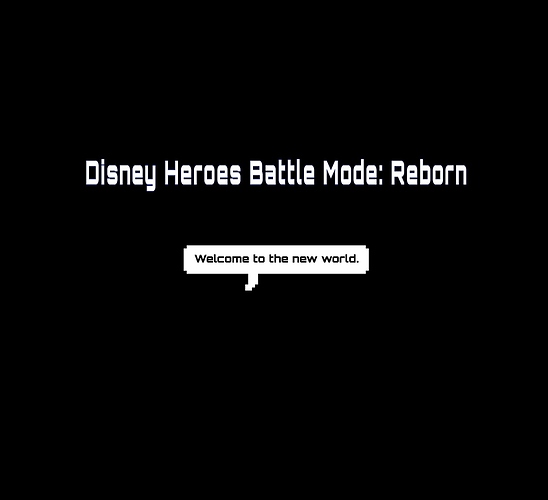 It was a normal day in the world of DHBM, everything seemed normal as always, until the realism took over the world, it’s currently unknown what The Realism is and what possibly caused it, was it caused by a hero or villain in DHBM or was it caused by something way stranger in the world? Though the origin is unknown it definitely took the DHBM world by storm, The Realism had everything it touched turn realistic and totally different from how it looked originally, all the heroes, villains and even creeps tried to avoid and evade The Realism, but soon it had taken over everything, building, heroes, villains, creeps and much more. After the realism took over the city, DHBM was turned into the City Of Disney, and all the heroes and villains and creeps had turned into actual civilians of this city The Realism had made up, all the people who were once heroes of the DHBM world had forgotten everything, their skills, their lives as heroes of the DHBM world literally everything…
Though The Realism was strong enough to turn the whole DHBM world into something entirely different, it soon lost control of the world, allowing civilians who had enough clues shown to them to realize who they really were once, this could cause good and kind civilians to rise up and try to reveal the truth and find a way to break out of the realisms world, but sadly the truth would also give bad, untrustworthy civilians an advantage in their evil ways and unfortunately their was way more bad than good…

About The Realisms World.

How do things work in the world of the Realism?

HUGE thanks to @Retro_84, @Pawpsicle, @Filadae_Djaq @Champion_David and @Phaldow and @TherMasterStitch for help and support with the story!
Lots more chapters and secrets are coming soon! So stay tuned!

Wait. Didn’t you did the last series topic before

That was a teaser

My teasers just go into the actual fan fic

Thanks!
I planned to make it longer but I wanted it to be kind of mysterious since it is a pilot, you know get people hooked.
Next chapter will be longer tho!

Say…when is WALL-E coming? He’s my favorite hero in DH:BM.

Well he will be coming in (spoilers!) season 2!

Okay, I like it! Joy is Lucy, apparently, now if I were to guess, Lucas and Emilia, if they were friends before, would have to be fear and…sadness? Disgust? Anger?

Or, they could’ve been friends from DHBM so Olaf and…idk…

Or, they could be random people. This looks interesting.

Infinity out of ten. I really like it. I’m glad to have helped you, and to continue helping you too.

Lucas’s identity will be revealed in chapter 2 or 3 so stay tuned, after that you got almost everything correct, I’m glad you liked the first chapter

Thank you so much for the feedback

I am intrigued and excited!!!

Wait a minute…what about Mickey? Please let him still be a mouse! …Or the mayor of the city…

Do you already have the story finished?