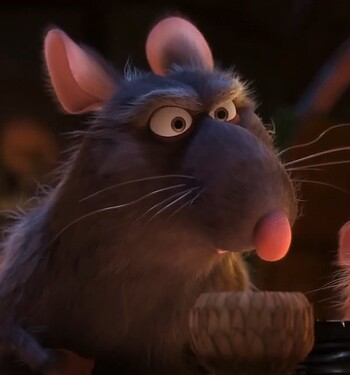 Django, the father of Remy and Emile, leads the entire rat colony in a battle for freedom! If a team like his can keep a kitchen in business, they can surely win a brawl with a few creeps.
Trial Team: Yellow
Role: Midline Control
Stars:

Quote: “We’re not cooks, but we are family. You tell us what to do, and we’ll get it done!”

Animations:
Entrance: Django scurries into the battlefield, with a mischief of rats standing behind him, awaiting his orders.
Victory: Django cheers, as well as the rats behind him.
KO: Django becomes angry.

Skills:
Basic Attack: Django sends rats to individually deal X damage to each enemy at once.

Git has X HP and will deal X damage.

Green Skill - Teams of Three
The rat clan splits in three different teams. Each time will attack a different enemy based on their roles. All three rat teams have X HP.

If one of these roles is not present among the opposing lineup, then the role’s respective rat team does not disperse from Django’s rat clan.

Friendships:
Django + Ron Stoppable
Campaign: Rat-ical Army - Ron and Rufus spot Django and his colony rummaging through trash in the City’s alleyways. While Rufus makes friends with the other rodents, Ron suggests that if they join him on patrol, he would not need a partner.
Disk: You’re In Our House Now
Disk Memory: Each time Django gains HP pr energy, he grants X HP to Git and his rat teams while they are infield.
Disk Power: Z Basic Skill power
Allies: Fred, Dash, the Queen of Hearts

I didn’t realize that that was Remy’s dad’s name.

I didn’t realize that that was Remy’s dad’s name.

Because it was never mentioned in the movie (for some reason)

Because it was never mentioned in the movie (for some reason)

Well, it actually was. If you remember the scene where Remy tells his dad about his new lifestyle, the rat who talks to Django during that time actually mentions his name.

How do you pronounce django is it dee-Jayn-go or dee-Jon-go.

The “D” is silent so it’s pronounced like “Jang-o”

Django, as in Jango Fett from Star Wars.

I need that pronunciation 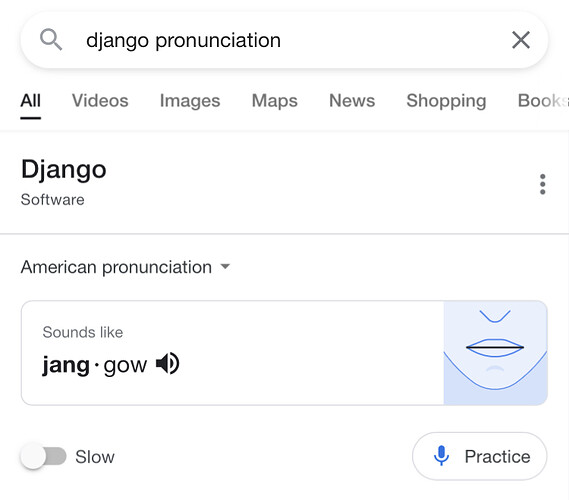 Jane gao or Jane go I really need an answer

Go to Google and look it up yourself. The screenshot shown will appear and then you click on that megaphone symbol and you will hear how to say it.

This concept is great btw.

That was a lie

After all the nightmarish criticism you gave me on my AUTO & GO-4 concept, you’ve led me to believe you’re going back on your words.

I’ve asked you to stop with the unneeded spamming once, and if you really don’t want me to rope Loutre into this, I would highly recommend that you take everything that goes on in these forums more seriously.

But you made me who I am an overconfident concept maker

Also I idolize you