Hello Everyone! Welcome To My 1st concept. It was sorta dream to make a concept and today I made it! Hope You Guys would enjoy and Please Give feedback In order to get me improved 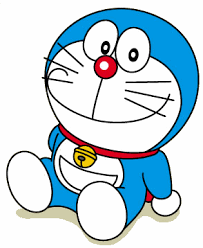 Description : A cat-like robot of the 22nd century. Doraemon came to the present age to help Nobita.

Quote: Someday If I die, Don’t think I forgot you, Just Have look towards sky
My Tears will be raindrop on your cheeks to say Hey! I’m still with you!

Victory : Flies and Celebrate in The Air with Take Copter

White Skill : [4D Pocket]
Normal Damage
The Players Chooses one of the gadgets of Doraemon:

While On Auto, Doreamon Uses Take Copter then Big Light then AnyWhere Door.

Heal to Ally With Least HP and Invincibility Of Enormous Ally Has a chance to fail with Allies above Level X.

Green Skill :[Small Light]
Doraemon uses His Small Light shrinking size of two enemies for 7s with most basic damage and most skill power.Shrinking removes all active buffs from shrinked enemies.
This has a chance to fail against enemies above Level Y

these helped me alot

How Do You rate it?

This is really good for a first concept!

What kind of damage do the Blue and White skills do?

Welcome To My 1st concept.

I am proud of you. I have no idea who this is, but I am proud.

It is doraemon from japanese cartoon, not sure if he is from disney, but i saw alot doraemon on disney channel

Is he from yo-kai watch?

not sure if he is from disney

It was on Disney XD

(At least it was On Demand for a bit)

Is he from yo-kai watch?

I am not sure what you mean there, but please do not revive topics without really contributing to the topic…

It is also called take copter!