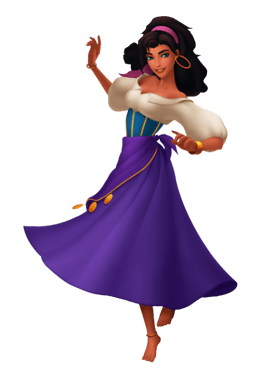 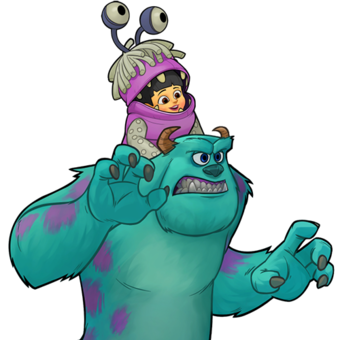 Campaign Story: Esmeralda turns to Sulley to save Quasimodo

Esmeralda: Sulley, I need your help.

Sulley: What is it?

Esmeralda: It’s Quasimodo. I think he could be in danger.

Esmeralda: I’m getting worried, what if something happened?

Sulley: He probably was ambushed. did you notice anything?

Esmeralda: Other than the ambush, no.

Esmeralda: Did you happen to notice his stony features? It’s pretty fascinating.

Sulley: That is the thing about the City here. You’ll never know what you’ll find.

Sulley: Anyway, I’m sorry that we couldn’t find out more about your friend’s whereabouts.

Esmeralda: It’s alright. I just hope we find him before someone like Frollo gets to him.

Sulley: You know, you seem to have a grudge against this Frollo guy. Do you think he had something to do with it?

Esmeralda: Well that’s a dead end. At least he won’t mistreat the people with his cruelty.

Sulley: Sorry, again. Maybe if we report this, we could get someone to help us.

Esmeralda: You might be right, the lawmen do seem nobler than the ones I’m used to.

Sulley: Belle, did you happen to notice any signs of struggle where you last saw them?

Belle: Not exactly for my father. But my enchanted friends disappeared the second I turned. Like they have whisked away.

Esmeralda: Did you see anything or anyone run off with them? Like a soldier or something?

Belle: Not really. But I did hear scurrying. And before you ask, it wasn’t Stitch.

Sulley: Scurrying? Maybe if you take us back to where you saw them last we might find something.

Belle: That must be how they got taken.

Sulley: And there’s only one person who I think of who would do this. Randall Boggs.

Esmeralda: Did you see that? He just disappeared!

Sulley: Whatever he’s planning. It can’t be good.

Esmeralda: Wanna bet our friends are in that building?

Esmeralda: Well, it looks like your scream game is over.

Sulley: Honestly, Randall. When will you accept that laughter is better than screams?

Randall: Mark my words, Sullivan. I WILL be on top one of these days. And when I do, I’ll finally take over Monsters Inc.!

Esmeralda: Saving Quasimodo was harder than I thought. Thanks for your help.

Esmeralda: You know, now that I’ve been here a while. I’m beginning to think that we need more people like you here. To speak of true justice.

Sulley: Make that two of us.

I know Esmeralda was announced today, but I did want to get this done before next month.