Hi everyone. This is my unlikely concept about Evillustrator from Miraculous LB. I hope you’ll enjoy this concept. 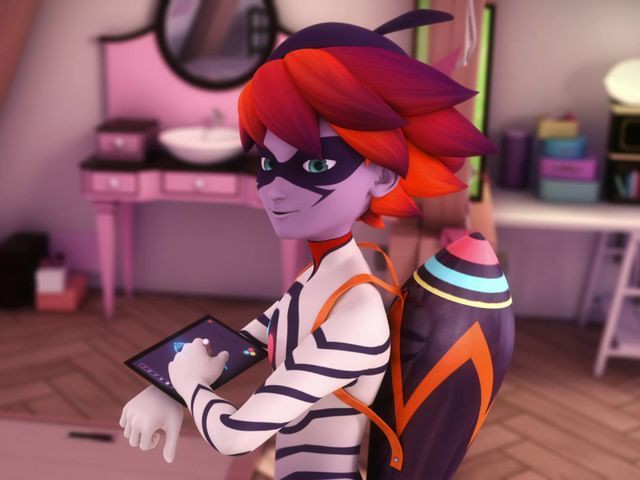 Description: A great artist with the potential of being the greatest in arts, Evillustrator is here to draw against enemies.
Quote: “Sorry. I didn’t mean to startle you. It’s just that I can’t draw properly in the dark.”
Position: Back
Role: Damage
Trial Team: Red
Collections: Damage, Stuns, Healers

Basic Attack/Passive: Evillustator draws a missile that goes to attack the frontmost enemy, dealing X damage.
Entrance: He walks to his position.
Victory: He draws fireworks in the sky.
Defeat: He begins to complain about the lighting.

Evillustrator draws a spinning saw that goes through enemies, dealing X damage over time for 9 seconds and silencing the 3 frontmost enemies for 7 seconds.

At the start of every wave, Evillustartor draws a giant high heel that goes through enemies, dealing X damage and knocking them back.

Evillustrator traps the enemy with the most HP inside of a glass box for 4 seconds. Inside this box, the enemy can’t move or use skills. When the duration is over, the glass breaks, dealing X damage over time for 7 seconds and stunning them for 8 seconds.

When Evillustrator uses “Heels Over Heads”, allies have their Reality increased by 60% for 10 seconds and enemies’ attack speed is decreased by 70% for 9 seconds.
The slow is less effective against enemies above level Y.

When Evillustrator uses “Spinning Saws”, silenced enemies have 30% of their Max HP stolen and Evillustrator heals all allies with Z HP.

Campaign: Flash Art
Description: Dash showed a fanart to Evillustrator, but he was immediately disgusted about the art. Evillustrator then teached Dash how to do proper art.
Allies: Rapunzel, Mr. Incredible, and John Silver
Disk: Super Poster
Effect: The slow of “Artistic Patience” is increased by +10% (+10% per star).
+Z Max HP