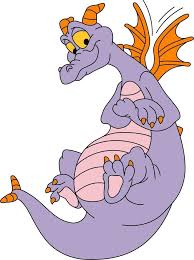 Description: A tiny little figment of imagination, Figment will show the enemies the power of imagination
Quote: “It’s about listening with your imagination.”
Stars: 1
Trial Team: Blue
Entrance: Figment will bounce into the battle field as a small version of his head, he’ll then slowly grow his other limbs and body parts, then he’ll pull out a large paint brush
Victory: Figment will turn himself into fireworks shaped like his head and form back into himself afterwards
Death: Figment will have a shy look on his face before he disappears in a puff smoke
Role: Frontline Damage

Basic attack: Figment will wack the enemy with his paint brush

White skill: Create-A-Figment: Fantastic Damage
Figment will summon a different Figment depending on what enemy last used their white skill
Damage: A fat Figment will fall right on top of the enemy with the most skill power, dealing X true damage and stunning them for 5 seconds
Control: A green Figment will appear and play a tuba very, very loudly. Silencing all enemies for 15 seconds
Support/Tank: A choir of Figments of various colors will sing, healing all allies X health over 5 seconds and giving them reflect for 16 seconds

Green skill: Smell Lab Shenanigans: Fantastic Damage
Figment will quickly dawn a skunk costume and create a stink cloud that deals X damage to all enemies, Figment will also deal a bonus X true damage to any enemies that have at least 3 debuffs

Blue skill: Nigel Eclipse
Figment will snap his fingers and a moon with the face of Dr Nigel Channing will appear in the battle field, inspiring all allies and Figment, along with increasing their attack and movement speeds by 100% for 10 seconds 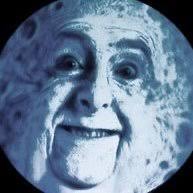 Purple skill: The Five Senses Of Imagination
Figment’s skill power is increased by 30% when any silenced enemies are in the battle field

Red skill: Purple Pigment
Figment will apply one debuff every three basic attacks, every time “Create-A-Figemnt” is used, allies will have three buffs applied for 10 seconds

Figment and The Spark
Disk: ToyBox Shenanigans
Figment’s health bar will increase by 3% for every basic attack he performs, this will reset at the end of each wave
Figment meets The Spark and falls in love with the idea of the ToyBox, The Spark sadly can’t go there right now but he makes up for it by messing around with its powers
Allies: Syndrome Mickey Mouse Merlin

Figment and Donald Duck
Disk: Goin Qauckers
Figment’s basic damage is increased by 20% for every silenced enemy in the battle field
Donald is annoyed by all the creativity stuff Figment tends to talk about a lot. Figment decides to teach him the greatness of imagination but Donald is not buying it, but eventually lightens up near the end
Allies: Jack Sparrow Goofy Daisy Duck

A tiny little pigment of imagination

He’s a figment, not a pigment. Either this is a misspelling or you got it confused with the introduction line from the original ride (from head to tail, he’s royal purple pigment) but this seems to be based off the current iteration so I doubt it.

The rest looks pretty good. The sing-a-long head being the entrance is… interesting.

No it was on purpose, I see what you mean though, I’ll go fix it. I will be doing a DreamFinder concept though.

Oh whoops, my bad. I thought that’s how the DW red skill worked but I must’ve read it wrong