Hey guys, I think it’s time for a new Concept. And this Sone is for Ladybug’s and Cat Noir’s arch nemesis: HAWK MOTH !
I hope you enjoy reading it and please post all suggestions!
Greetings, Irrer Minnie! 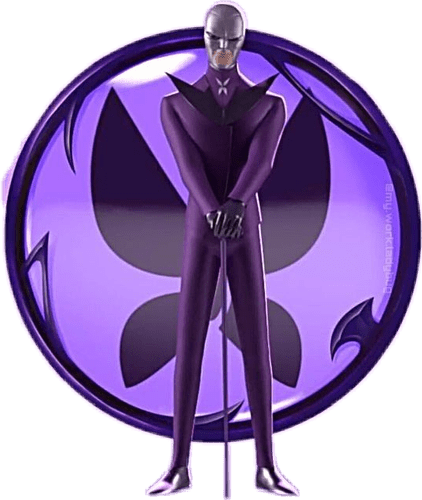 PicsArt_07-13-09.13.10541×640 337 KB
Hawk Moth is a 2-star, Midline, Support Hero
Trial Team: red
Quote: Nooroo, dark wings, rise!
Description: Hawk Moth boosts his allies with akumatising them. He wants to get his wife back and would do everything to get Ladybug’s and Cat Noir’s Miracolous.
Appear: walks to his position surrounded by Akumas during the whole fight
Victory: laughs evilly
Defeat: turns back into Gabriel Aggreste
Basic Attack: passive

White: Fly away, my little Akuma

Active: Hawk Moth takes all Akumas from all allies gaining +5% Attack Speed for each Akuma and becoming invincible for twelve seconds.

Fantastic Damage
Hawk Moth sends an Akuma to an enemy dealing X damage, charming them for ten seconds and healing himself with X HP.

Blue: Hawk Moth is my Name
Hawk Moth laughs evilly scaring an enemy for ten seconds and decreasing their armor and reality by X.

Purple: The Miracolous of the Moth
Active Akumas heal their heroes with X HP per second now.

Red: Battle not over yet
Every time when an ally is KO’ed Hawk Moth gains Berserk for five seconds.
This can fail if Hawk Moth is above Level X.

How many points do you give me for this Concept?

He got new Skill Icons too!

How do you make a character concept on here?

If you would like to make a character concept then check out one of these guides:

I have been making concepts and helping others for a while now, and I have noticed that those who are newer to concepts sometimes struggle without help and guidance. This guide to help answer questions concept makers may have and act as a start to help those concept makers out. Later on, I will add some things for once you are comfortable making concepts and some other fun additions. Let’s Begin with the Basics: RULES When I say rules, these are not really rules, more so things (or guidelines…

Hi all, I’ve noticed that when many people make concepts they can become quite clunky and often details are left out. I’ve made this scaffold not to boast and say that I’m the best concept maker, which I most certainly am not, but to help others who may be looking to make cleaner concepts. Now on to the guide: [Character Name] Concept Picture of the character (preferably with a transparent background but any clean picture will do). [Character description] “[Quote]” [Stars: 1, 2 or 3 only…

I don’t need a guide I mean how do I do it on here, like where to I go to POST something, how do I POST my own page?

You gotta learn how to make a concept before doing one

On the home page at the top.

Is that on my profile thing

You know what, I’m better off not doing any, I can’t do nothing right