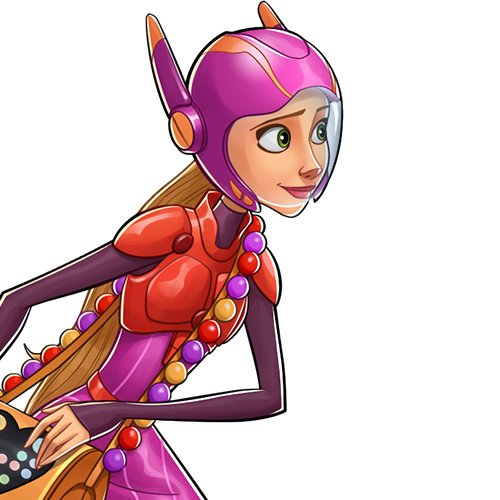 Honey Lemon is a mid-line “Control” hero. Honey Lemon will be the January 2021 Sign-In Hero on all servers!

honey_lemon-skill11500×1500 1.23 MB
Sticky Mess
Honey Lemon throws a large glob of sticky goop at enemies, dealing damage to them and reducing their attack and movement speed.

honey_lemon-skill21500×1500 1000 KB
Chem Ball
Honey Lemon throws a glob of goo at the closest enemy, dealing damage to them. If there is a Frozen or Blinded enemy, Honey Lemon will instead target them and also increase their Freeze and Blind durations.

honey_lemon-skill31500×1500 1020 KB
Goop Shield
Once per wave, when an enemy comes within melee range of Honey Lemon, she secures herself in a shield of goop that also reduces the attack and movement speed of nearby enemies. Honey Lemon cannot attack or move while in this shield.

New Hero: Honey Lemon will be the January Sign-In Hero

Hmm, where is Sally friendship?

Dang nabbit! Now we’ll have to wait 3 months to max her!

Oh well. At least she’ll have some fun with Powerline.

Thanks Polaris. Here a cookie for the hard work

So hyped!!! plays theme of Big Hero 6 the series

, dealing damage to them and reducing their attack and movement speed.

Great! She fits already with one of my teams quite well

If there is a Frozen or Blinded enemy, Honey Lemon will instead target them and also increase their Freeze and Blind durations

Looking forward to the story!

Will take a while to max but oh well…

Announcer: Honey Lemon Great news your going to be in Disney Hero Battle Mode
Honey Lemon: Yey I’m so excited for this

,Polaris.
(Paired with Elsa,Honey Lemon will be a monster)

Did I miss something?

No you didn’t miss anything

Yay! Honey Lemon is one of my favorites. I think everyone has already pointed out things about her, so I will not repeat it all, but this is exciting. I definitely did not expect her skillset to be this, but I think she will be very cool and fun. She is also my favorite Big Hero 6 character, so that is just a bonus.

Yes! Finally i can have it in server 14

Epa, epa!!!
Ok now seriously. He is not allowed (by what understand foe the strange form they took this leaks now… "Back in my days…) to be talked openly in the forums.

Apart of that I think we will need to wait until a level cap update for him unfortunately.