This is the remake of the first concept I posted in the forum. Since I really like José, I think he deserves a concept that is more organized. Feel free to leave any feedback!

Position and Role: Midline Control-Support Hybrid
Trial Team: Red
Collections: Control, Support, Charm, Ducktales, Healer
Basic Attack: Swings his umbrella at the enemies
Entrance: Walks rhythmically into the battlefield
Victory: Blinks at the fourth wall
Defeat: Runs away from the battlefield
Quote: “Donald, I’ll show you the land of the Samba.”
Description: Zé Carioca will control the battlefield, evade problems and support his allies with his charming brazilian way. 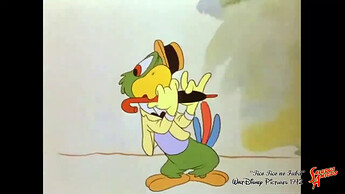 image1280×720 90.8 KB
Zé Carioca plays his umbrella like a flute, sapping the non charmed enemies for 8 seconds and extending the charm duration of charmed enemies by 4 seconds. Charmed enemies that have their charms extended gain X Skill Power.

Charming Language
Zé Carioca speaks in portuguese, charming the 2 closest enemies for 8 seconds. All charmed enemies on the battlefield gain a +50% Basic attack bonus while Charmed.
The bonus basic attack is reduced if José is above level X 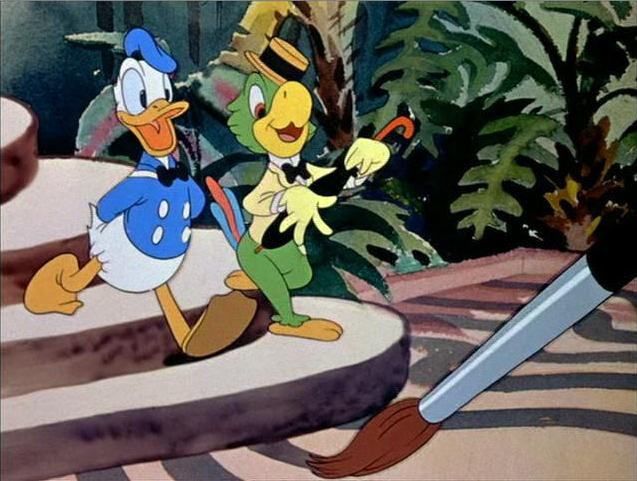 Zé Carioca plays his umbrella like a guitar, healing himself and his allies for X HP per second for 5 seconds, and cleansing all debuffs from them.

The Brazilian Way
Zé Carioca’s and his Allies’ evasion is increased by 10% per charmed and/or sapped enemy on the battlefield.

Aquarela do Brasil
Sapped enemies have a attack and movement speed debuff of -50% while sapped, and every time an enemy is charmed, a stack of Hardy is applied to a random team member(team members with no Hardy have a priority).
The applying of Hardy might fail in allies above level W

Is Charged In Battle When: Charm is applied to 2 enemies.
Activation Bonuses:
+X Skill Power
+Y Reality per Red Team Hero
Enhacement Bonus: Energized to all team members for 10 seconds 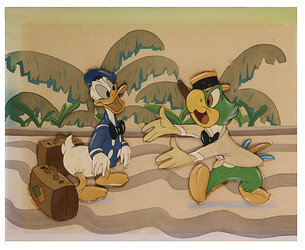 image1252×1025 267 KB
Donald and Zé Carioca remember Donald’s last visit to Brazil and talk about the things that happened in between.
Allies: Hewey, Louie & Dewey; Minnie Mouse; Goofy.
Disk Name:
Long Time no See!
Level ability: José and His allies gain 15% more tenacity and X Skill Power per enemy that is either Charmed or Sapped.
Star Ability: Every time a debuff is cleansed or blocked by any source, they are given to a random opponent for 4(+2 per star) seconds.

Zé Carioca + Joy
Campaign: Come to Brazil, HaHa!
Zé Carioca tells Joy about the brazilian food and culture, and says that she should visit anytime she wants.
Allies: Winnie The Pooh, King Louie and Nick Wilde.
Disk Name:
Best Hosts!
Level Ability: Zé Carioca and his allies gain X armor and reality per Support and Control hero role in your team(Yup, José is counted twice)
Star Ability: Musical Umbrella now grants 1 Stack of “Welcome” to all allies. Each stack of “Welcome” lasts 4(+2 per star) seconds and gives allies the abilty to steal 10% of the energy of enemies they attack.

I’ll be honest, I’m not a regular reader of fan concepts, so I’m not equipped to give constructive criticism. But this looks pretty solid to me, and as someone who would love to see José Carioca in the game, I’m hoping it garners more attention.

Thanks, I appreciate your kindness!

Made a remake of this concept, since it was kinda messy. What do you guys think?