Hello! Welcome to the first friendship campaign made by me, Commander-Rex. This is for @RinoxeRONnte’s Friendship Campaign Contest.

The campaign features the two partners of Captain America, the Winter Soldier, Bucky Barnes and the Falcon, Sam Wilson as they adventure through the city in the hopes of putting an end to the charismatic criminal Baron Zemo, whilst continuing the legacy Steve Rogers set for them. Hope you all enjoy it. 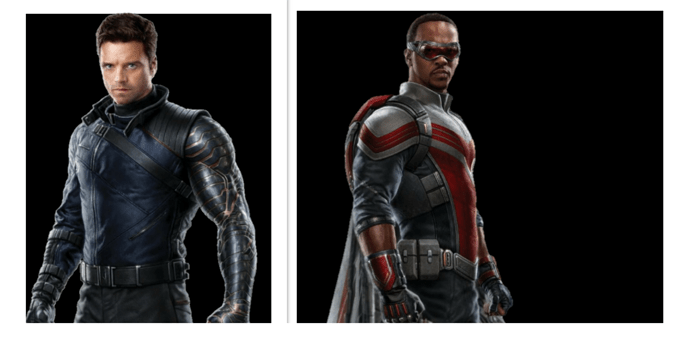 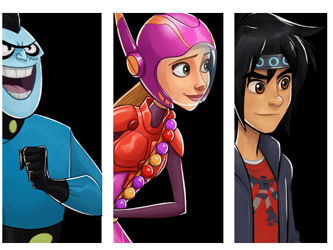 Winter Soldier: Wish I could say the same, Sam.

Falcon: Do you have any idea where here is? I tried asking the locals. Got literally no information at all. The shield was stolen also.

Winter Soldier: You lost the shield?!

Falcon: Look. I was fighting some weird Creeps and then one of them took my shield. I tried getting it back, but the guy blasted me. Don’t hate me. We just have to embark on this quest.

Winter Soldier: Sam…sometimes. (sighs) Alright, alright. First of all, it’s not a quest. Second, here’s what we’re gonna do. You have the Wakandan wings and your suit at least, I talked to a guy that saw Zemo here. He was broken out of The Raft by Walker. Zemo probably wants it back and sent that Creep to retrieve it. The Creep then gave it to the guy I met who’s gonna give it to Zemo. Complicated, I know.

Falcon: At least you finally answered my question. Well, now we have a quest on our hands. Getting that shield back. And putting Zemo where he belongs. Properly.

Winter Soldier: So the guy I talked to was sort of blue ish. Sort of reminded me of Red Skull from the old days. But blue, not red, you-you get it.

Falcon: Red Skull? Steve told me of him before. Clint told me he also was a Stonekeeper or something weird like that. He also told me Thanos killed Gamora for that dude.

Winter Soldier: Yeah, you’re thinking of the right guy. But anyways, the guy I had was like a scientist. I think we can find him around here.

Falcon: We’ve got to scout this City. We may have to do that in order to get closer on our quest.

Winter Soldier: You do know I have a vibranium arm, right?

Falcon: Heh, touched a nerve. Anyways, it’s the only way we can do this. Steve would have done it. You know…I miss Steve sometimes. Sometimes I feel like I could never fight the enemies he had.

Winter Soldier: (sigh), yeah, no, you’re right. Thing about Steve was…he never beat his enemies by his strength, speed or even…mind. It was his heart. I trust you can do the same. He gave you that shield for that reason.

Falcon: Don’t just trust I can. Know I will. Shield or no shield.

And that is the end. Here are a few polls to see what you guys thought of this campaign.

What would you rate this campaign?

Would you like to play this campaign if it was real?

Should I make future campaigns?

Let me know your thoughts and maybe recommendations for what I could do to improve my campaigns in the future. Thanks and have a good day.

Oh also, this is for Rino’s contest as I said so in the future, vote for it.

Also, none of the stuff in the campaign are really spoiler-y. Only mentions of very minute things in the show. Most of it is a typical journey Sam and Bucky would have in a DH setting. I’ll link this to Bucky’s concept tomorrow so stay tuned.