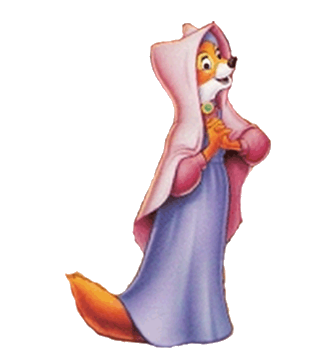 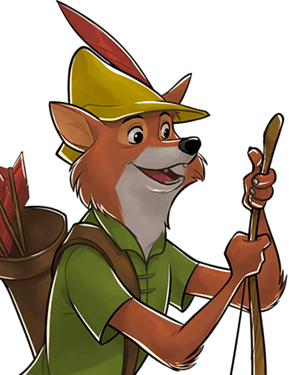 Campaign Story: Robin Hood and Maid Marian plan to have a perfect night with each other, so they turn to other heroes for advice, while also facing creeps.

Robin Hood: Mary, my love. How are you enjoying the City?

Maid Marian: Fairing better. I do miss home though. But everywhere I go, there is always a new friend that makes me feel at home.

Robin Hood: Likewise, Marian. But you know, I realize we never had time for ourselves.

Maid Marian: Oh, Robin, why didn’t you say so sooner?

Maid Marian: Robin, this is so lovely. I wish it would never end.

Robin Hood: Well, it doesn’t have to end now, there are other places where we can continue our night.

Robin Hood: Come Marian. I know a place where we can have a lovely dinner.

Linguini and Remy: Thanks for helping us out there with those creeps.

Colette: We also hoped you enjoyed the specials on us, as a way of saying thanks.

Robin Hood: The meal was lovely, and it was our pleasure to help.

Maid Marian: If you two don’t mind me asking. Was it hard for you to adjust to life here in the City?

Rapunzel: When we first arrived here. It was exciting, but also very scary.

Flynn: It was nothing compared to what we saw back home. Adjusting to life in the City was hard.

Rapunzel: But some ways we stay happy and remember our homes, is doing the stuff we like.

Robin Hood: Come, Mary. Perhaps we can find something that reminds us of home.

Robin Hood: Marian, you saved me. Thank you.

Maid Marian: Of course. After all, I had to return the favor when you saved us all from Prince John’s reign.

Robin Hood: Ever so true. Mary, my love, there’s one more surprise I have for you.

Maid Marian: Oh! Is this one of those lovely plays?

Maid Marian: How did you get them to perform that entire show?

Robin Hood: When I told them how you were struggling to find your place in the City. Others opened up too.

Nick: While some of us were used to big city areas. This was a whole new level.

Judy: Yeah, the creeps, the glitches. Even the viruses, it was all… overwhelming.

Sally: But we all realized, that our true power to stop the creeps was our friendships.

Jack Skellington: Of both our old and new friends, it made life easier for us. I hoped our song helped, my friends.

Maid Marian: It did. Thank you all.

Robin Hood: Do you still find it hard to adjust to life here, Mary?

Maid Marian: A little. But I now know I’m not the only one.

Robin Hood: Make that two of us.

Maid Marian: Thank you, Robin, for showing me that I have a place in the City.

Robin Hood: Of course. There will always be something new here to discover.

Robin Hood: But there’s one thing that will always stay the same, and that’s you.

Maid Marian: And you for me.