Absolutely right. I just ignore them. Rewards are meh anyway.
I’m just exasperated that there is an additional space and I have to extra click to get to the dailies. Truly annoying.

Can you please provide clarity for what is going on in s18.

In patch notes last month we were told double update, and a server merge for s18. This was confirmed by many who wrote to support to voice their frustration over this, when support said s18 will have a merge.

Then, before the last update we were told s18 would not actually have a merge, that the patch notes had an error… but we still received a double update on s18.

Now, again this patch notes, we have a double update? So, what is going on with s18? Is it merging, or is it not? We’re lost. And confused. And FRUSTRATED!

Does Loutre not have a stand-in? Like someone who can take over?

At this point, based on that original ‘mistake’ and ongoing doubles, I’m assuming that S14 & S18 will eventually be merged with S1 (which means several more back to back double caps yet…)

The whole team is off for Christmas

Then how did they post the news about Sisu and Triton? Was that before or during their leave?

Before Loutre left. The patch notes were posted on December 17th and Perblue started their break on December 20th.

When is this update scheduled for

The only update for these patch notes will be a server update on January 4th. 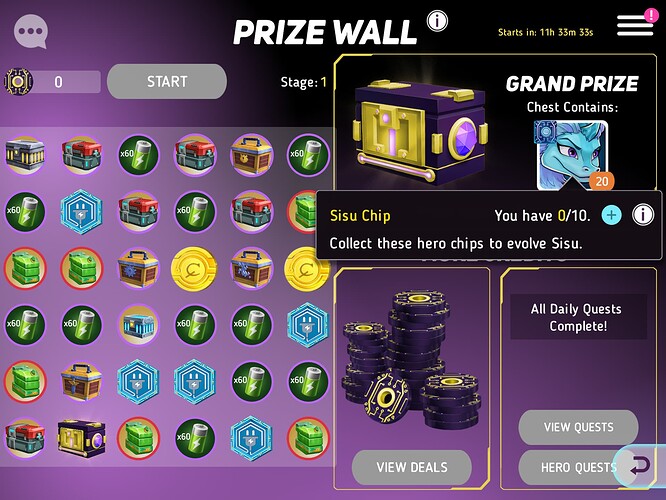 Triton won’t be available until January, the precise day will depend on when a player gets enough chips to unclock him.

What is a double cap raise

A double cap raise would technically be an increase of the server cap by 10 levels and 2 ranks when it is normally increased by 5 levels and 1 rank.

Triton won’t be available until January, the precise day will depend on when a player gets enough chips to unclock him.

… 7th, by normal means. As every other sign-in.

That makes sense, I guess.

Sisu just came before the prize wall even started. And when I looked at Raya’s friend campaign, Sisu is actually one of them (the other being Rapunzel), so Raya and Sisu DO have a friend campaign!

I guess the third one will be part of the Mid-January update?

I’m pretty sure she can’t be added?