Welcome to the Disney Heroes: Battle Mode 3.8.01 Update! This release features Namaari from Disney’s Raya and the Last Dragon plus a number of improvements and bug fixes.

Namaari is a front-line “Control” hero on the Red team. Namaari will be available in the Prize Wall.

Namaari strikes all nearby enemies for Normal Damage twice before delivering a ferocious kick. Enemies affected by the kick gain stacks of Fatigue, are Pierced for X seconds, and take Normal Damage. Pierced enemies take a percent of their Max HP as True Damage each time they are dealt Normal Damage. Skills that deal damage over time can only trigger Pierce once per second at max.

At the start of each wave, Namaari launches a crossbow bolt at the enemy with the most Skill Power, dealing Normal Damage and Stunning them for X seconds. This bolt also steals Basic Damage and Skill Power for the rest of the wave, and applies stacks of Weakness for X seconds.

A Fang cat pounces through all enemies. Affected enemies are Blinded for X seconds, and gain stacks of Weakness for X seconds. This pounce deals Normal Damage.

While any enemy is Weakened, Namaari and all allies have additional Attack Speed, and additional Basic Damage.

This is a full app and server update that is currently planned for Tuesday, April 5, 2022.

At the start of each wave, Namaari launches a crossbow bolt at the enemy with the most Skill Power, dealing Normal Damage and Stunning them for X seconds. This bolt also steals Basic Damage and Skill Power for the rest of the wave, and applies stacks of Weakness for X seconds.

Will it work before Zeus or after. Will be interesting to see.

But yah, Jessie and Zeus broke the timing of all heroes.

So happy she is finally here!!!

At Yellow levels where the BB can actually be equipped, it appears that this buff will have absolutely 0 effect on the capability of Namaari in battle - just checking that the team are aware of this and it’s designed not to do anything?

Yes - based on preliminary data - but still worth mentioning so the team can double check.

There are a few things in the game that urgently need improvement:

1- THE TOURNAMENTS!!! What happened to Perblue?? Tournaments have been absurdly boring for 2 months and follow the same progression award pattern: - 350k - 430xp and gold - 420k - 200k disk power and boxes - 530k - heroes chip - 720k - boxes - 1M - heroes chip There is a lack of creativity in the awards, we never had mods or other diversified awards

2 - SPECIAL INVASION AND INVASION MODS: We haven’t had a special raid for 6 months, and also the mod rewards are messed up. We haven’t had reality as a reward for months.

3 - GUILD BOXES AS GUILD BONUS: It is irritating for some players to have to open the bonus guild box one by one at the post office. Why not add a button where we can open them all at once? Often we have 10 to 15 Guild Bonus Boxes in the mail and we have to open them one by one.

4- Please check the game cache or something like that, because in the last update the markets are super slow and locked when they are opened.

5 - There are some confusing errors in the game:

OH AND SHE HAS A FRIENDSHIP WITH RAYA!!

Legit one of my most wanted heroes

I knew it was gonna be Namaari 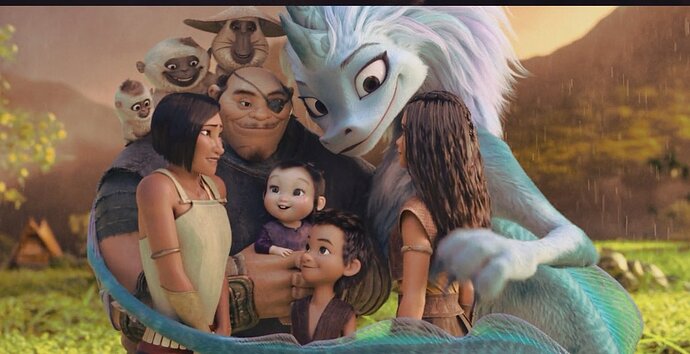 Looks like we have another redeemed villain, Namaari. But this patch notes is still good.

That’s the third character (from Raya & the Last Dragon) on the prize wall in a row once I discovered Namaari is new here, which I called it.

Her friendship with Raya makes sense while her friendship with Malificent looks interesting.
Other improvements look good as well, nothing else to say.
Overall, I don’t feel that much excited for this new update………April Fools!

I feel very anticipated for this one. Since April just started (wow March ended really fast

) happy April Fools Day!
And one last reminder: My birthday is tomorrow!

That doesn’t sound like a bad idea at all.
I agree!

We’re adjusting the rewards for some of the Hero Quests in Namaari’s Prize Wall. We’re adding Diamonds, Hero XP, Gold, Diamond Crates, and Stamina Items to the earlier quests. We’ve increased the total number of tokens available from Hero Quests when compared to The Underminer’s Prize Wall, and returned the reward for completing all the Hero Quests to 5,000 Diamonds.

Is this supposed to counter Zeus?

Undeminer’s Prize Wall must be horrible

not that I’m surprised

@Loutre Any plans on increasing the hero chips for Prize Wall?