Welcome to the Disney Heroes: Battle Mode 4.5 Update! This release features Cinderella plus a number of improvements and bug fixes.

Cinderella is a mid-line ”Control” hero on the Blue team. Cinderella will be available in the Prize Wall starting December 15th.

Active: Cinderella Cleanses herself and allies. She applies a Shield to herself and each ally for a percentage of their Max HP for a duration. Cinderella and her allies also gain Stacks of Hardy alongside Armor and Reality for a duration. Cinderella’s random buffs include: a Movement and Attack Speed, a Shield for a percentage of the Hero’s Max HP, Armor and Reality, Skill Power and Basic Damage, and stacks of Hardy. Cinderella can target herself with her random buffs and any Hardy stacks granted by her remain until used in battle.

Cinderella brushes off her dress, refreshing herself. She Cleanses herself, Healing for a percentage of her Max HP, gaining an amount of Energy, and increasing her Skill Power and Basic Damage by an amount for a duration.

Cinderella’s companions fly forth, targeting the enemy with the most buffs applied and removing them. The enemy is Stunned and has their Armor and Reality reduced by a percentage for a duration. As Cinderella’s companions surround their enemy, they first deal Normal Damage and then Fantastic Damage as they depart. If enemies do not have any buffs, Cinderella will target the farthest enemy.

This is a full app and server update that is currently planned for Tuesday, December 6, 2022.

Let’s Go we got Cinderella!!!

At least Cinderella is in her Ballroom dress, unlike Aurora

And improvement? Where is it? And when will you guys fix the hero chips economy???

These patch notes are getting smaller and smaller.

I guess there will be one more for patch season 2, new hero refreshes, and Y22? Yay, I hope.

Nice! We’ve got a another Princess! Cinderella.

“Well, there’s one thing: they can’t order me to stop dreaming”

So far the best quote I could find of the character for this update.

I like the bug fixes cause they were annoying me lol, overall, this is an ok patch notes for me!

You really made a Cinderella moveset without throwing in the mice somewhere?

One princess to go.

Winter themed main screen will be released with this update? @Nugget

A control hero that has support-like skills. Weird…

One princess to go. 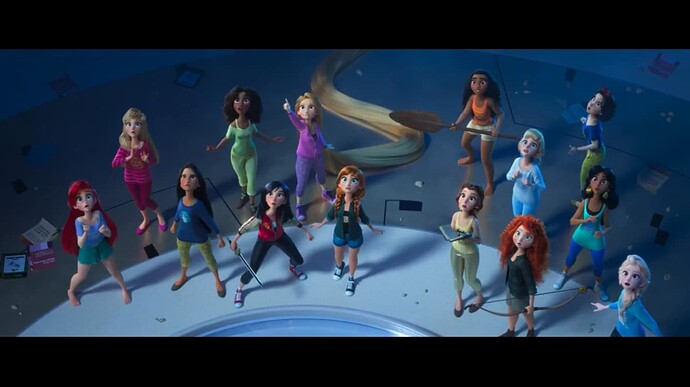 Now the only one left to come is Tiana

That’ll be on Tuesday!

That’s great because December is the month when Winter Starts