This Concept was requested by @Grim_grinning_Ghost. Enjoy! 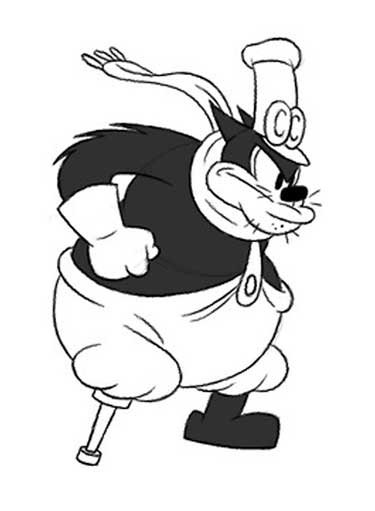 “I’m gonna knock you right into next week!”

This wanted bandit uses his mechanical know-how to deal massive damage on the battlefield.

Entrance: Pete rides in on his jalopy then gets out.

Victory: He chuckles and rubs his stomach.

Defeat: He puts his hands on his head in a raging way, frowns, and steam blows out his hat.

Pete runs of screen and comes back in his plane. He flies across the screen and fires a total of 15 missiles at random enemies that deal X damage each.

At the start of each wave, Pete will ride across the screen in his Jalopy, dealing X damage to each enemy hit and knocking them back. 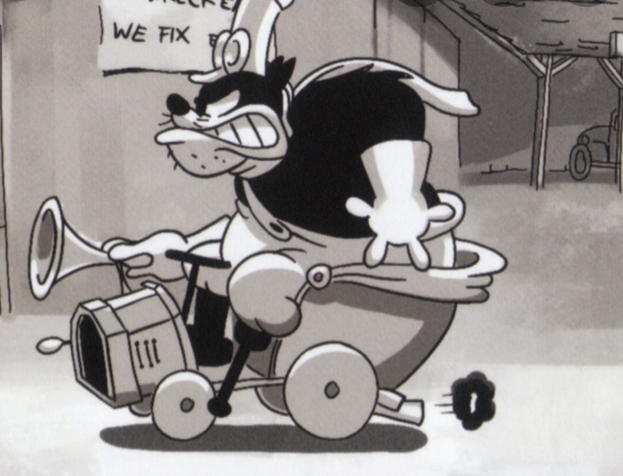 Pete runs off screen and returns in Steamboat Willie, then he rides across the battlefield dealing X damage to each enemy hit. Steam will also blow out of the boat, blinding all enemies for 6 seconds.

Purple Skill: Take The Loot
When Pete uses Busted Jalopy, he steals a shield from the hit enemy. This skill does not work if there is no shield present. Pete can only steal one shield.

Red Skill: Mischievous Outlaw
If Pete has been marked with “Most Wanted”, his attacks deal 50% more damage. Air Strike now shreds Armor. Armor Shred may fail if the enemy is above level X

This concept was inspired by these original Mickey Mouse shorts:

This is your best concept yet!

Thank you, I feel like this one is so much better than my first Pete Concept.