“Oh this is wicked. So delightfully wicked!”

Despite his name, Ratigan is one of the most devious mice of our time. He will stop at nothing to become the ruler.

Victory (Superior Mind): Puts on his Royal robes and shows them off.

Basic Attack (Superior Mind): Pokes an enemy with his cane 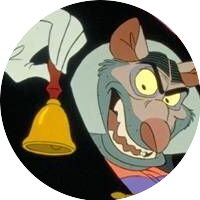 Ratigan rings a bell, calling for Felicia. Felicia pounces at the enemy who most recently damages Ratigan, dealing X Damage and stunning them for 9 seconds.

While in his Rat form, he will pounce at the furthest enemy, dealing X Damage to them and shreds Y armor.

The armor shred can fail against enemies above level X. 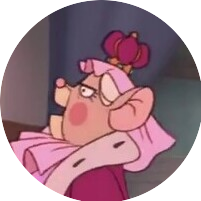 While in his Rat form, Ratigan scratches the closest enemy, dealing Z Damage over 11 seconds.

An anvil will fall on the enemy with the most remaining HP. This deals X Damage to them and instantly KO’s them if they are below Y HP.

The instant KO can fail against enemies above level X. 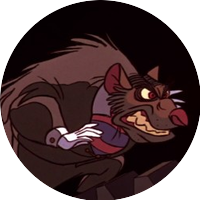 The first time that Ratigan reaches 0 HP, he transforms into The Rat, reviving himself for X HP. While in The Rat form, Ratigan Basic Attacks deal damage over 4 seconds. Ratigan’s Attack and Movement Speed is also increased by 150%. 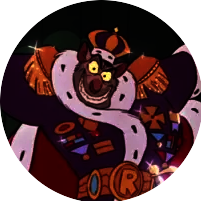 Ratigan receives X less Damage from all sources while in his Superior Mind form and an additional less Y Damage while in The Rat form. Professor Ratigan heals for X HP each time he damages an enemy with Damage over time.

he transforms into The Rat

He didn’t like to be called a rat and when he was fighting Basil in the ends I guess that’s what he means, it’s confusing

Now that it is November, leave requests below and make sure to @ yourself. It’s a wiki so you can edit it yourself

I can try to do Greta since I’ve never seen Roger Rabbit, but I haven’t also seen Gremlins in forever lol

Never seen that one