Hello! Welcome to a another Commander Rex concept. This time for the likely duo, Phineas & Ferb. This is also for @Scarlet_Captain’s 2nd Grand Concept Contest. Hope you all enjoy! 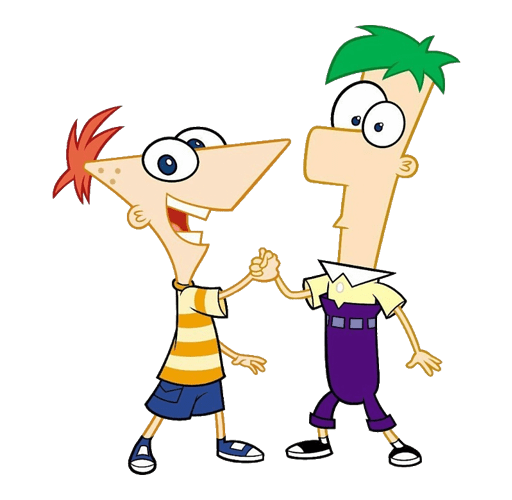 The two genius brothers, Phineas Flynn and Ferb Fletcher seize the day in the field by creating inventions to control enemies, boost allies, and spreading a robot riot through the field. Stick with us, cause Phineas & Ferb are gonna do it all!

“Nothing is impossible except impossibility!”

Phineas & Ferb are a

Entrance: The two ride in on their Rollercoaster
Victory: Phineas smiles and Ferb thumbs up
Defeat: Ferb puts his hand on Phineas’ shoulder

Passive: Phineas and Ferb both have different basic attacks, Phineas shoots with his Baseball Launcher at the nearest enemies, dealing X damage while Ferb activates their Phinedroids and Ferbots.

Active: The player chooses a invention for Phineas & Ferb to use.

While on auto, Phineas & Ferb perform each effect in order and cycle back to the first effect.

Ferb rides through the field 5 times on their Robot Bulls, dealing X damage while Phineas jumps on Rover The Robot Dog, biting the closest enemy and Stunning them for 10 seconds. The Bulls deal +20% more damage every consecutive use of this skill and +10% more every ride through.

When Phineas & Ferb’s allies are dealt more than 50% of their Max HP in a single hit, their attack and movement speed is increased by 65%, +5% for every Phinedroid or Ferbot that has been KO’d.

When allies are Energized, they have +X Skill Power and Basic Damage.

The attack and movement speed increase has a chance to fail on allies above Level X.

Allies have +Z Normal and Fantastic Crit while they have Hardy and gain Precise for 6 seconds when a Phinedroid or Ferbot is KO’d.

The Fatigue immunity has a chance to fail on enemies above Level X.

My next one will be a Endgame 2 year anniversary special. Announcement for who the character is will be this week.

Oh also, this is my first concept with a Battle Badge. Should I use them for future Marvel/Unlikely concepts I do? I hope I did okay.

Does this skill make them immune to death since it triggers every time they hit 50%?

No, it works like The Rocketeer’s Blue. You would just have to try to KO them while they have the suit on. Or KO them fast enough to where it doesn’t trigger or something like that.