Wow, I didn’t say Polaris was bad I just asked if we could get a better one.

You didn’t say it but you did imply it

And you act like Polaris moderates the forums whenever they want to. They moderate the forums for the same hours that PB office is open.

Still gonna advocate for forum moderation on the weekend

Ok I’ve stocked up A LOT of questions since July.

Some questions besides the Q and A document Kira mentioned:

This is a great question to ask. I loved hearing all those announcements. Also the spammer one.

A bit long question lead up for the community Discord question file sheet probably, so I guess I do it here.

The 1.12 patch notes/update is a good example in my view.

Here Sulley got a good refresh across all himself, while Dash, Judy and Yax got smaller buffs to help them keep up a bit more. I don’t remember if Judy or Yax became that much more viable, but I think Dash actually became more useful after this buff.

Given the current high Power Creep curve in the game I think the Refreshes with Buffs should be brought back, even the buffed characters aren’t helped to become meta characters the more important thing is that we players can find more usefulness in characters we like and maybe have grown up with.
I am not asking for small buffed characters to be as strong as Cheshire Cat, Maximus and Bunsen and Beaker, but rather at least as Nick, Sulley and Wall-E characters who are good enough to be useful and with luck can win over an meta team even if just 1 in 5 or 10 battles.
(As for Nick and Sulley specifically I think if they aren’t power buffed, it would be appreciated if their animation speed could be increased as both of their attack animations are pretty slow).

I understand if it is a bit much during the Corona times to make room for the smaller buffs, but I hope the small buffs can be reintroduced after the Corona is over at least when it is easier for you all at PerBlue and maybe back in the office. And on that, I hope all of you at PerBlue are safe and doing good :-).

So yeah, if possible it would be appreciated if the Refreshes with smaller Buffs combo could be brought back and that way help characters be good enough to be useable again even if not meta :-).

Yax back then didn’t even receive a stat boost, only his purple skill slows 5% more.
Would be nice if Yax receive a full refresh in near future, as well returning smaller buffs, few beta heroes were never improved; Ralph, Vanellope and Woody, and well, Yax as well.
Joy on other hand needs HP boost, so it definitely will be welcome.

Also, few old red skills are on ASAP need of getting improvement, as first red skills are really weak; Bo Peep, Yax, Madam Mim, Woody, Kim Possible (it’s from 2019, it does a way worse job than Robin’s Nick disk), Mad Hatter, Jack-Jack, Aladdin and one of the newer - Mushu.

Basically, both Woody and Yax never had a boost of stats and have bad red skills, it would be amazing if they were refreshed, as well to point out that across 20 refreshes only one was support-role hero, and it wasn’t even a healer, and overall game lacks of supports heroes.

Also, few old red skills are on ASAP need of getting improvement, as first red skills are really weak; Bo Peep, Yax, Madam Mim, Woody, Kim Possible (it’s from 2019, it does a way worse job than Robin’s Nick disk), Mad Hatter, Jack-Jack, Aladdin and one of the newer - Mushu.

And Jack Sparrow and many others… Basil´s lol.

He also needs more HP and needs to do more damage

Can you add piglet

If any dev that answers this could have hero from dinsey not in, what would it be?

Better question, if the devs could have any non-disney character in the game. What would it be? (Hypothetically speaking of course)

You shouldn’t be asking that question here.

This is Q&A DHBM, not a suggestion box.

Here’s a question for the devs:

Will you be able to take our suggestions on improving the game? (For example buffing Kim and nerfing Cheshire.)

That’s literally what they said 🤦

This is not for requests either. I do agree that the original characters need buffs. Some exceptions though.

Is there any Disney character you hold a personal grudge against? But please all answer individually.

I understand if getting Sora or any of the other Kingdom Hearts characters is a bit much and remember in an earlier Q&A that it was said that getting Kingdom Hearts and such would be hard, but since Tarzan has badges and as far as I know Disney doesn’t have the rights to Tarzan right right now, I wonder something similar could be possible for the possibility of Kingdom Hearts themed badges?

Even just simple designs such as the Kingdom Hearts crown would still be something. 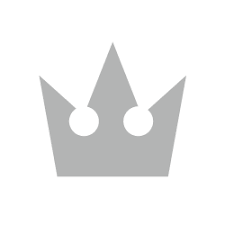