Post your questions here and we’ll do our best to answer them next week!

These questions can be about anything correct?

Anything related to the game, yes.

Will some of the old heroes be in shops anytime?

I have some questions for the devs:

Please answer them and thanks

Hope you answer my questions I love this Q&A’s!

That’s cool that the Next Q&A is on Thursday! Though, I may not be able to be there live, I’d like to post these questions:

It’ll be nice if someone could put my questions in the Live Chat next week or if someone has the same questions as me since I hope I can get these questions answered! I’ll probably edit this over the next few days as more questions pop up in my mind. Thanks again for this Q&A!

Overall I would like to know more about the design process that goes into creating different aspects of the game. I am an aspiring Disney Imagineer, and I love to know about various forms of design and storytelling.

I know these are loaded questions, but it would be great if you would take the time to answer them

I mean,there are Tarzan badges

• Anna seems like the most obvious choice for a character to add next. What’s going on with her?
• I just have to ask: was it a clever reference to the film that Fear is a counter to Elsa? Or just a funny coincidence?

Anyways thanks for the Q&A! You guys are doing great with the game!

OMG I didn’t even think about that second point! That’s clever, intentional or not.

My question extends on this: Is there a specific process to deciding WHEN a Hero gets added to the game? Like specific events or movie releases, or something?

I have a question that has been nagging at me for quite sometimes. So, far we have seen characters from Disney’s animation canon Pixar and the Muppets. We are all aware that Marvel and Star Wars characters are off the table for upcoming heroes.

But what about character from disney theme parks? Are you going to make heroes out of people like Figment or Madam Leota anytime soon?

But what about character from disney theme parks?

However, it’s clearly visible that her damage and stats are from May 2019 (the first time she appeared in game’s data) and it’s making a huge impact in game, she doesn’t have much chance to stand against new or even older heroes.
Kim (damage hero):

Could Kim Possible receive a boost in stats or increased damage to her skills? It would be very appreciated.

Another problem is how Basil’s lack of armor negation and/or evasion/tenacity is killing him, as well his purple skill which blocks the use of green, blue and red skill, as he keeps spamming his active; normally it would be a good thing but he keeps targeting invincible heroes like Hades or Brute.
It would be good if his purple skill would instead granting him armor negation which would increase by skill level and his white skill removes all buffs with every 5th dart. So evasion from badges would be welcomed as well.
Everyone talks about how Basil is bad since release and nothing was done to make it better, pretty disappointing.

A different problem is how badges are given to heroes, just as Basil is lacking armor negation/evasion, some heroes really missing reality negation - here is the link to the thread which includes list of the heroes, mainly Vanellope, an old which is missing reality negation.
Vanellope also didn’t receive from almost a year any fantastic crit even though all of her skills deal fantastic damage, it hurts the balance even more as she is old hero and her HP isn’t the highest.

On other hand, some heroes receive normal crit even if they don’t deal any normal damage; such as Joy, Jack Skellington or Fear.

Why some of the earliest heroes released with poorest stats as Ralph, Yax, Vanellope or Woody never were refreshed, and hero like Dr. Facilier received full refresh, even if his situation wasn’t like Basil’s or beta heroes? It doesn’t help with balance at all.

Badge farming is a big catastrophe, will the cost of stamina required per node in campaign reduced to 6 from 14/12/10/8? It will make badge farming much better.

Will the amount of stamina bought from diamonds will be increased? The scaling with current needs is way too low and poor.

Recently skill chip scaling was released, but it’s still not enough, it was increased from 35 to 70 (on old servers), while these servers need now 5.5k skill chips to max A SINGLE RED SKILL and this will increase by 500 skill chips per each cap rise.
And if not chip scaling, then reduce the number of keys required to start epic CW from 35 to 20.

Is there some plans to improve hero chips farming?
It would be nice to have a new shop which would be selling only chips for old heroes, or add 4th slot to each shop which would give chips to older heroes like Yax, Hiro, Joy…

Any plans to release characters from UP? (Dug, Russell and Carl) It’s one of the best Pixar movies and it’s still missing

Will gold rank(s) or whatever the colour is of next rank will give some new source of power like red ranks has given? I have one idea and community seems to like it.

This is just idea, but if you have some idea to improve this feel free. Gold boost

We’re heading in very near future to gold rarity ranks (after R14*), it would be good opportunity to add instead of skill some kind of boost, things which mods can’t do to heroes but are still important. It would be also good to improve weak hero’s stats or add important stats for them for combat which unfortunately badges didn’t add. Gold Rarity and the boost Once player get hero to… 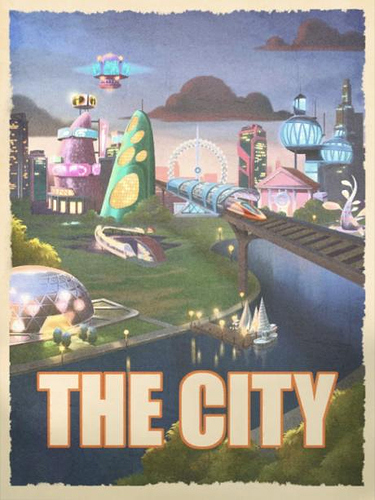 We understand answering all these questions might be a bit much, but at least replying with that the feedback is being considered or noted is okey. Though if possible actual information on if the QoL improvement related questions if they are possible would be really appreciated :-).

There might pop up some questions in this file later before the 17 December as we come to think of more questions, so be aware of that. We can mark them with (New) maybe so it is easier for you at PerBlue to spot the new questions.