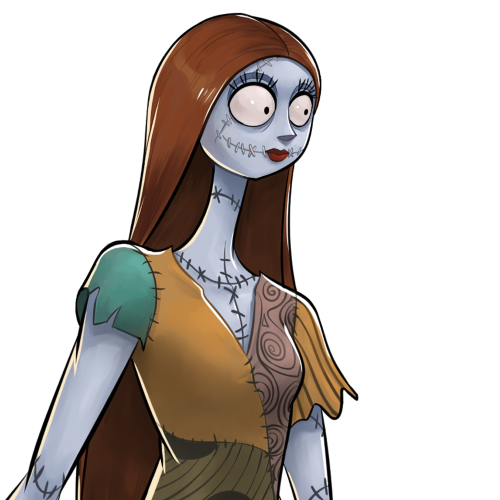 Campaign Story: Rabbit turns to Sally to help save Winnie the Pooh from Oogie Boogie.

Rabbit: Sally, I need your help. Pooh Bear is in trouble!

Rabbit: Well, I was simply stopping by to bring Pooh some honey, when I found his house like this.

Sally: Usually when Oogie Boogie wants someone in his lair, he sends Lock, Shock, and Barrel instead.

Rabbit: You mean those mischievous children in scary masks? Perhaps finding them could be a start.

Sally: Do you kids know what you did to a bear?

Shock: Bear? All we’ve been doing was pulling pranks.

Barrel: Yeah, we just pulled a good one on some cranky duck!

Rabbit; So, you’re telling us that you don’t know anything?

Lock, Shock, and Barrel: No!

Sally: Did you hear that, Rabbit? It sounds like Oogie has now kidnapped Violet, Dash, and Jack-Jack!

Rabbit: Dear me, this appears to be more serious than I thought.

Rabbit: It sounds like now, we’ll have to put together a rescue operation.

Nick: How much longer are we to Oogie Boogie?

Jack: Not long now. But we must be careful.

Jack: That bungler Oogie Boogie has many tricks up his sleeves.

Elastigirl: I just hope we’ll save the kids in time.

Judy: Don’t worry, we will.

Oogie Boogie: WHAT?! You tryin’ to make a dupe out of ME?!

Oogie Boogie: * starts inhaling them back *

Sally: This isn’t over, not by a long shot!

Rabbit: Yeah, just you wait till our friends come and save us, you’ll be lucky if-

Oogie Boogie: Oh, I’m sure I have all the luck I can get right here. * rolls his dice *

Pooh: Thank you Rabbit, for saving me from that Heffalump.

Rabbit: That wasn’t a Heffalump, Pooh. It was Oogie Boogie.

Rabbit: You know, Sally, I do believe thanks are for you too.

Sally: You’re welcome, Rabbit. But I am curious about one thing.