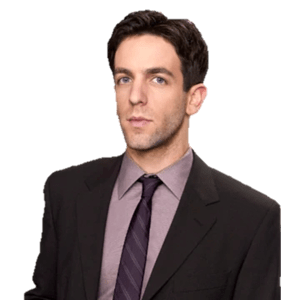 “Earth. You don’t have to be crazy to live here, but it helps.”

Basic Attack: Sends a virus to an enemy from his phone dealing damage over 3 seconds

Entrance: Walks in with his hands in his pockets

Victory: Gets out his phone and texts

Defeat: Drops his phone which shatters

True Damage
The player chooses an enemy for Ryan to target as the ‘Fire Guy’ for 12 seconds. While targetted the enemy is slowed by 40% and for every two basic attacks performed by anyone the ‘Fire Guy’ is dealt X damage.
While on Auto, Ryan targets the backmost enemy.
‎‎‎‎‎‎‎‎‎‎‎‎‎

circle-cropped2582×582 262 KB
Green Skill: The Temp
Ryan singles out the furthest enemy stealing X armour from them and silencing them for 8 seconds.
‎

circle-cropped3636×636 175 KB
Blue Skill: WUPHF
Once per wave when Ryan falls below 50% of his Max HP he uses WUPHF which grants him 500 energy, X skill power and heals him for X HP.
‎‎‎‎‎‎‎‎‎‎‎‎‎‎‎‎

Are you doing Kevin? Because Ryan and Kevin tied in the vote.

He’s in the new poll. When it’s a tie I just go with whoever rather than doing a tie breaker poll.

I dunno. Without context I have no idea what you’re talking about.