Helga Sinclair is a front-line “Damage” character on the Yellow team. Helga will be the September Sign-In Hero.

Helga uppercuts her target every few Basic Attacks. When this happens the enemy takes bonus Normal Damage, is Knocked back, and has stacks of Weakness applied to them.

After an enemy is Knocked back, Helga deals Normal Damage and Snares them with her throwing knife. Helga can Snare an enemy this way every few seconds. Snared enemies have their Movement Speed reduced to 0%. They can still use Basic Attacks and Skills that are within range.

When Helga is KO’d she fires a flare into the air, sending rocks down on all enemies that Stun them.

When Helga uses “Knife Pin” she now throws two daggers at her target, dealing damage twice and Snaring them for longer. Enemies Snared by “Knife Pin” have their Movement Speed reduced for a time after the Snare ends.

New Hero: Helga will be the September Sign-In Hero

Why does this look familiar…

I fricken love these avatars

This is the 3rd Atlantis rep.

All the Atlantis heroes in the game have been sign-in heroes.

Is PB trying to tell us something or…is this just pure coincidence?

I doubt it. I think that’s why we have had Vinny and Helga pop up. I think that if PB didn’t like Atlantis, they probably wouldn’t have been added.

Idk if I’ll ever use Helga, but she looks cool.

Helga Sinclair’s here!! Didn’t expect her to be a sign in hero, but I’m not complaining! She looks exactly like she was back in Atlantis! Here’s hoping for more Atlantis reps for the 20th anniversary!! 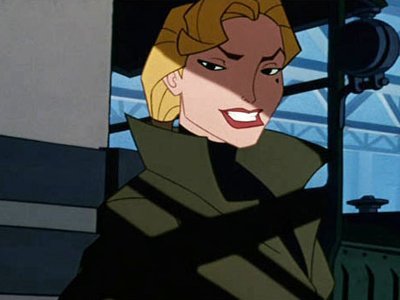