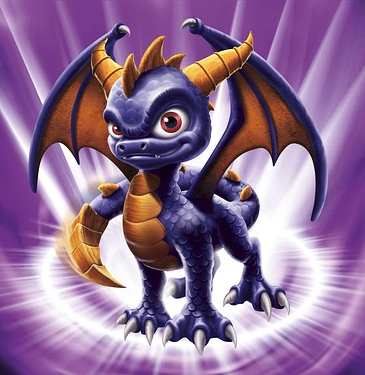 Entrance: Spyro flies into the battlefeild

Victory: Spyro spreads his wings as he smiles at the player

Defeat: Spyro lays down and turns away from the enemy team

Basic attack: Spyro shoots a fireball at the enemy

The player chooses an enemy for Spyro to shoot a big flame at doing X damage to enemies in an area.

While on auto, Spyro targets the enemy with the most basic damage.

Spyro charges through the enemy team doing X damage to all enemies and knocking them back.

Normal damage
Spyro dodges an incoming attack and then shoots a fireball at that enemy doing X damage.
Spyro can dodge an attack every 7 seconds.

Fantastic damage
Spyro’s basic attack now applies one stack of “Burn” to enemies with each hit.

Each stack of “Burn” does X damage over 10 seconds before it’s removed and can be stacked up to 4 times.

When Spyro uses “Daybringer Flame” he also consumes all stack of “Burn” and does an additional X damage to burning enemies.

Red Skill: The First Skylander
When Spyro and his allies deal a critical hit to an enemy, they have a 25% chance to steal the buff with the longest duration.

Spyro and his allies also start combat with one stack of hardy.

Buff stealing has a lower chance if the ally is above level X. 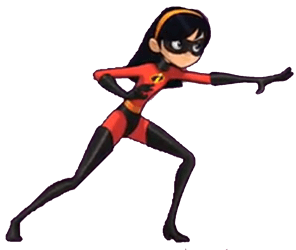 Damage Over Time effects are shortened by 9%
+9% per star 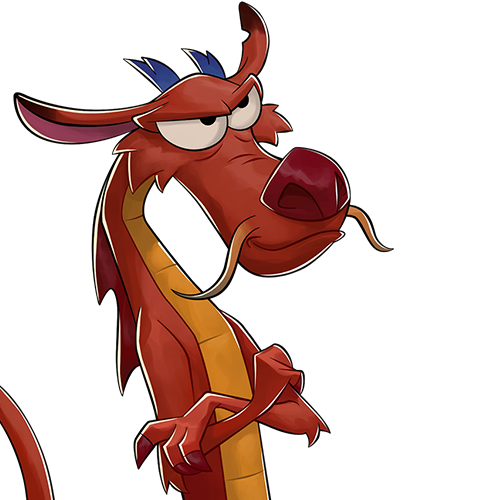 I hope you enjoy. I do plan on making more skylander concepts, starting with the series one of each element.

Great job! I love playing Skylanders and this is truly awesome, 10/10,

So what us the relation between these 2?

I plan to write it out in their friendship campaign

Yes please!!! I am all over a Spyro add. One of my favorite childhood games. Great job on your idea and time taken to produce this!
@ Game developers! PLEASE DO THIS!

Game developers! PLEASE DO THIS!

You do realise that Spyro isn’t Disney don’t you?

Thanks for clearing that up