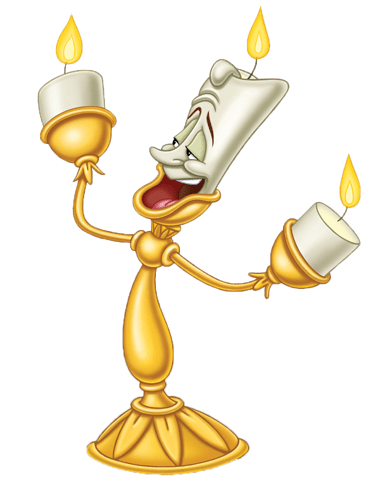 Entrance: lumiere hops into the battlefield and flashes a charming smile at the player before facing the enemy team.

Victory: lumiere tips his cap and smiles at the camera

Defeat: lumiere gains a shocked look on his face as his candlelights go out

Active: Lumiere blows into one of his candles which causes a huge flame to shoot from his head, dealing X damage to all foes, dealing X continuous damage for 5 seconds to each foe and inflicting 2 stacks of fatigue onto each foe the move hits.

Lumiere charms the foe with the most skill power for 10 seconds, while the enemy is charmed by lumiere, they are immune to disables and will heal lumiere and the weakest ally for each attack that they deal to the enemy team while they are charmed.

Lumiere pulls out and shows all allies the gray stuff, healing all allies for X amount, increasing the attack speed of all allies by 100% for 5 seconds and making all allies immune to crits for those same 5 seconds.

Each stack of fatigue drains 25% energy and decreases X armor from enemies inflicted with fatigue.

“Gray stuff” now also increases the max HP of each ally if they are under 35% of their max health.
+X damage to “Flaming passion”
+X armor
+X skill power

The charm from “charming candle” and other charms inflicted by allies now lasts 4 seconds longer.

Every hardy removed from an ally now heals them for X amount and cleanses 1 debuff off of them.