The sheriff of Nottingham 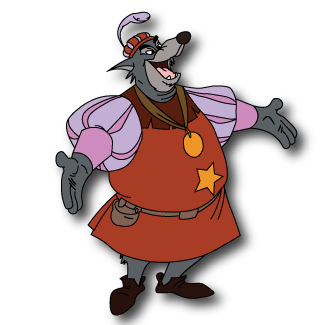 Entrance: the sheriff walks in while whistling a merry tune

Victory: the sheriff takes a bow

Defeat: the sheriff looks back but then an arrow flys towards him in which the sheriff then ducks to dodge the arrow and looks at the camera with a confused look on his face.

Defeat(nutsy and trigger): the vultures drop their weapons in shock and fly away

The sheriff calls one of his henchmen to fight alongside him. the player can choose between either nutsy(a close ranged fighter) or trigger(a long ranged fighter)

Either vulture has x health and can be buffed and healed by allies.

The sheriff throws a torch in the middle of the enemies which hits the ground and creates a big flame which lasts for 6 seconds.

Each time that an ally gains a buff, the sheriff gains 30% of that buff’s effect for 5 seconds which also increases his attack power by 50%

Every third basic attack from the sheriff now steals x energy from enemies.