The new yarn in the office (contest entry)

this is my entry for the Disney/Pixar Short Concept Contest! 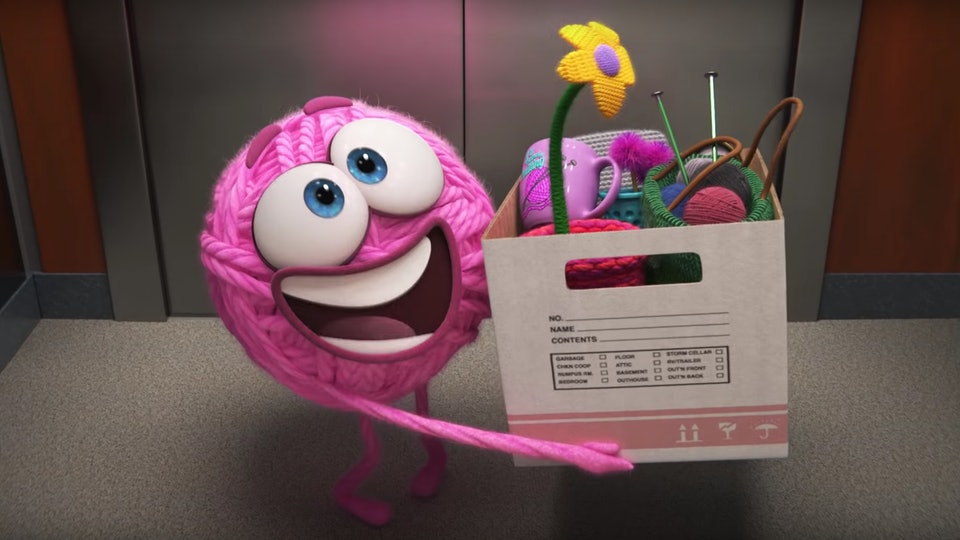 “I have a really good feeling about this”

Entrance: purl walks into the battlefield carrying her box of belongings

Victory: purl puts her box down and then laughs while holding a mug

Defeat: purl drops her box and then looks down sadly

Purl types something onto her yarn computer then a bunch of office workers walk in and they stampede all over the enemy team, dealing x damage to each enemy they pass through while also decreasing their movement speed for 10 seconds.

Green: jokes around the cooler

Purl tells a joke to herself and then laughs at it, healing herself for x amount and also turning 1 disable she has into a buff.

When under a percentage of his health, purl knits herself into her formal appearance which heals herself for x amount while also increasing her attack and skill powers for 7 seconds.

“Jokes around the cooler” now heals all allies when purl is in her normal form.

Rapunzel shows purl around the city and in return…purl tries to find herself a job.

“Jokes around the cooler” now powers up all buffs that are already on allies.

wall.e mistakes purl for a normal ball of yarn and stores her into his trailer…and so they get to know each other.

“Tight-knitted” now gives purl a shield for x amount which also makes purl immune to all disables while she is shielded.

Thank you for submitting! I keep being amazed!