The Noble and Most Ancient House of Tremaine (Likely Concept)

“Well, I see no reason why you can’t go… if you get all your work done.” 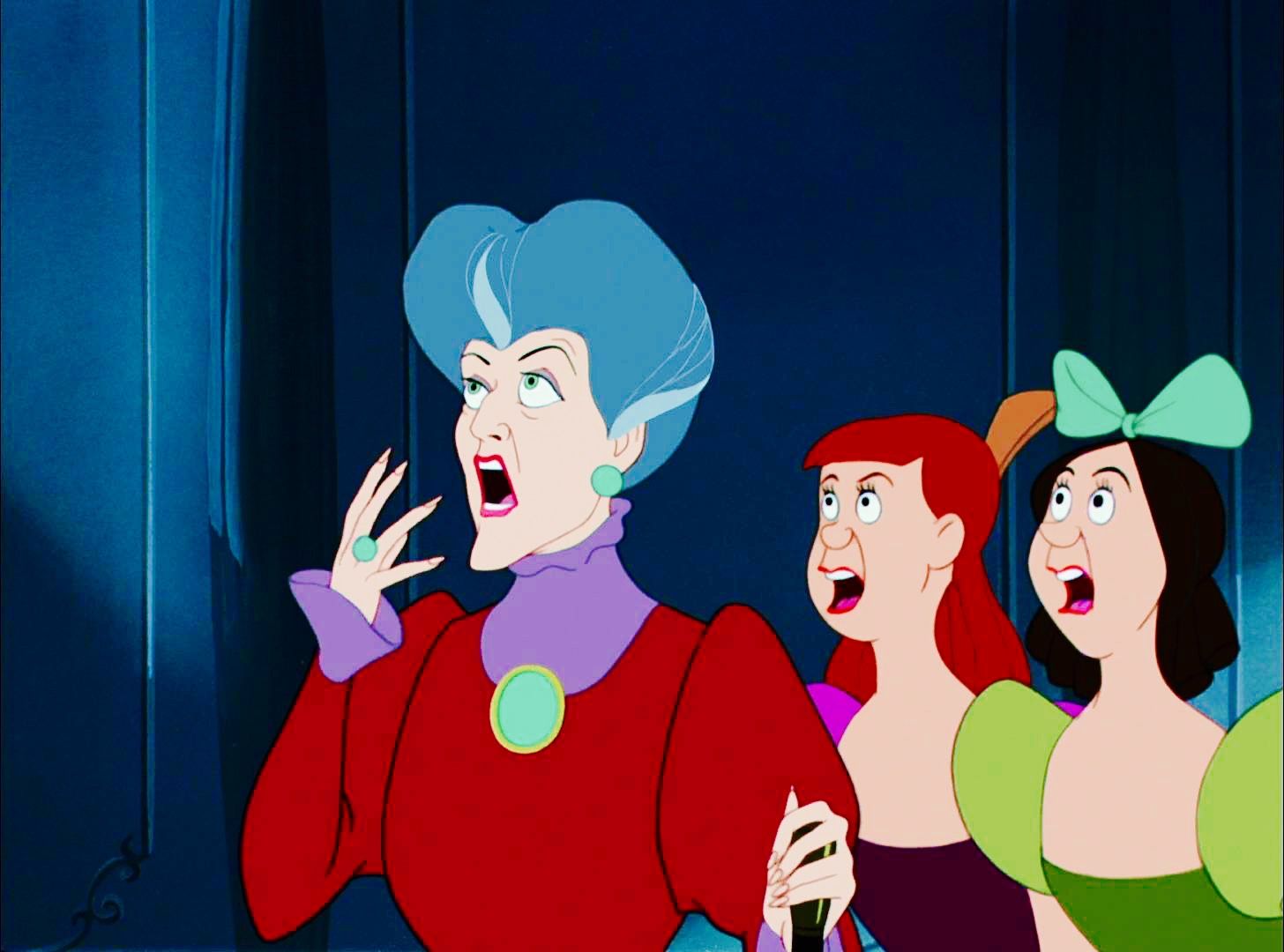 Entrance: The three walk to their positions, Lady Tremaine and Drizella holding up their noses, Anastasia giving a flirtatious wave.

Victory: Drizella and Anastasia circle around their mother, cheering uproariously while Lady Tremaine raises her head in an imperious sneer at the fallen enemies.

Defeat: Drizella and Anastasia begin pointing fingers and throwing punches at each other while Lady Tremaine very visibly berates her daughters.

Friend Disk #1 - "Stepmother Knows Best"
Lady Tremaine conspires with the Evil Queen to bring down their contemptuous stepchildren. Since their quarries are constantly surrounded by impudent heroes, the two crones decide to consult some of their more subtle associates for ways to finally rid themselves of those impertinent waifs.

Friend Disk #2 - "Sinister Sisters"
An upcoming fashion show has Drizella and Anastasia so excited that they can barely contain themselves. Lady Tremaine wants to make sure her girls win, so she enlists the aid of Magica de Spell, who agrees to help the trio by casting a sleeping spell on several of the show’s other main competitors. Since Scrooge McDuck is helping fund the show, his Number One Dime will also be close by…

Amazing concept! This is the first one I’ve seen that specifies what determines the variables, this really shows dedication

You could have used this concept for this friendship

Mother Gothel [image] The sinister woman who kept Rapunzel locked in a tower for her own beauty, Mother Gothel tries to overly protect her allies from such “dangers.” Trial Team: Yellow Stars:

Position: Midline Role: Support Quote: “You want me to be the bad guy? Fine, now I’m the bad guy!” Animations Entrance: Walks in, and takes her hood off. Victory: Mother Gothel spreads her arms out. Defeat: Mother Gothel becomes old and falls to the ground. Basic Attack: See passi…

Well, not without permission obviously but yes.

I’m honored that you would link my concept…

And feel free to ask me if you need my concepts for friendships!