Welcome to the Disney Heroes: Battle Mode 1.13.1-A Update! This release features some adjustments to red skills on Server 1, along with some adjustments to the difficulty of City Watch. We’ve been gathering your feedback, and have decided to make some key adjustments that we think you will appreciate.

We’ve been listening to your feedback and have made some adjustments for this new release. We came away with two major goals for these changes: The first is to make it easier for more players to unlock red skills. The second is to decrease the demand on players in terms of the amount of time you need to spend in Epic City Watch.

With these goals in mind, we made the following changes:

We will be sending a package to players on server 1 who have already unlocked and leveled up the red skills once this update is complete. This will refund 175 hero chips for each red skill that has been unlocked so far.

Additionally, we’re looking at ways to add more variety to Super Hard and Epic City Watch. We have some ideas to keep things fresh from run to run that we’re hoping to release in game before the end of the year.

We’re planning to release this update next week. I’ll update you when we have a specific timeline.

This will be very well-received! That definitely makes the red skills much more accessible for the average player.

I look forward to seeing what happens with City Watch in the coming weeks!

Nice @Polaris. This solves several problems with red skills. Still it’d be nice if they reduced the cost of the other 4 skills to compensate for the amount you are paying for a 5th skill.

What? I didn’t see any info on them. Do they leak sprites? 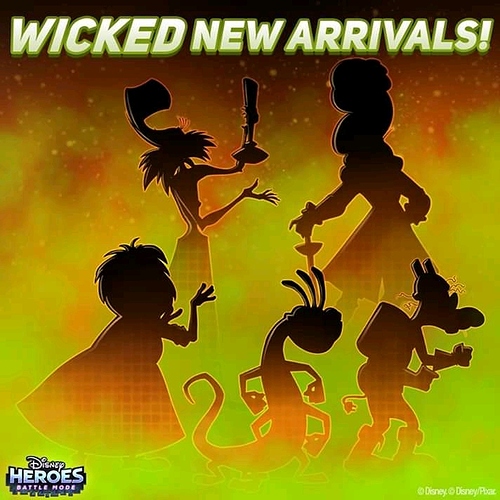 Oh well I didn’t have that anyway

The announcement said check back throughout the month of October for the new heroes. We already got Mim & Yzma and there’s more of the month left

Oh shush Randall is coming so let’s be happy. But no syndrome

We’ve decreased the cost to unlock a Red skill from 200 Hero Chips down to 25.

This is even better than I suggested

At least tease us guys