We got Maximus boys!

It’s nice to have a refresh

Can’t wait to try it

I hope there good

We still need more guild perks. Let’s get some red skills for the rest of the OG heroes from launch as well 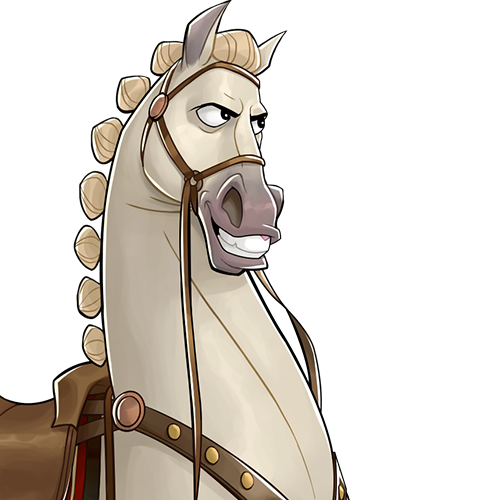 Another unexpecting character. And our first non-talking animal in the game. Imagine his quote be something like “neigh.”

And I’m surprised that Gizmoduck got nerf to get a refresh. That was a real surprise. I wonder how it will turn out.

Felix has remained my favorite since he came out. He is crazy when used correctly.

Yay! Another OP hero with skills only made to work with current meta because the balance in this game is non existent.

Judy red skill is AMAZING, nice to she has gotten some attention on her after a whileeeee.

All other red skills are pretty good as well.

Also bring back 3 Star characters! Thanks!

Uh, I assume this is only if one actually updates their defence with the new disk? I don’t want to be swapping disks for invasion or general battles and find that my Arena defence has been changed for the next day

Right???
That’s what I was thinking. Surely they considered that…

New character! Yay, I can’t wait to test Maximus out!
Interesting🤔A hero refresh for a hero that was nerfed…
Red Skills, are needed, hopefully they are good. Bug fixes are good as well…

Officer’s Cheer
Whenever Judy uses “Deputize”, she also inspires allies with an additional Energy, Tenacity, and stacks of Hardy. After reviving from “Play Dead”, Judy Studies all enemies. Attacks that do Normal damage always crit against studied enemies.

Yes, this is very much needed, since her “Deputize” is very weak…
The rest of the red skills are pretty good, though the amount of new ones is low…

I hope this amount of gold is by alot, and since merc costs are being lowered, that is good!

Will we have to pay 200 diamonds, or can we repeat it for free?

Fixed an issue where some Android players were not able to watch videos.

Nice to know that issue is fixed! Will we, get some sort of compensation though?

Excellent update! Now, will the cost for red skills decrease, and/or we will get more red skill chips from epic city watch?

Whenever Judy uses “Deputize”, she also inspires allies with an additional Energy, Tenacity, and stacks of Hardy.

Nearly forgot: does this affect every time Judy inspires an ally, like with her blue and purple, or only with her green?

The rest of the red skills are pretty good, though the amount of new ones is low…

I have actually been wondering… what heroes need red skills after this update comes?

what heroes need red skills after this update comes?

I think that about half of the heroes in the game now have red skills, but I am grateful for some new ones, especially for felix, since I use him.

What if they are already complete?

You’ll have the opportunity to do them again when they cycle through the weekly challenge spots.

It wasn’t implemented? Can we trust that everything detailed in these patch notes is going to be implemented? O.o

There were a bunch of changes to the rewards with the 2.1.10 update and this one was planned, but missed. When the team was evaluating the impact of the changes, they realized it’d been missed so they triple checked it was implemented this time. We try very hard to be thorough with the patch notes and updates, and when we make mistakes, we fix them.

I’m not sure I understand what this means - that the hero will open on the tab of (level, skills, badges, mods, disks) that was last viewed? Isn’t that what it does already?

If you’re looking at the skills tab and then go do something else in the game, when you return to the hero screen, it’ll still be on the skills tab. It doesn’t already do that!

Uh, I assume this is only if one actually updates their defence with the new disk?

Yes. If someone opens their defense screen and changes the disk, saving the lineup will trigger the cooldown. Snapshot is still working.

Will we have to pay 200 diamonds, or can we repeat it for free?

If it shows in the weekly challenge slot again, you’ll be able to do it for free.

does this affect every time Judy inspires an ally, like with her blue and purple, or only with her green?

But it’s just 7 seconds, and her animation can be interrupted without ANY problem, same as Maui’s, so if nothing will be changed this will be never activated, and even activated by some magic, duration is still to short.

Hope she gets her refresh soon…

It is not Polaris’ job to add new heroes and decide when and what things happen. He is the community manager, meaning he posts the patch notes and is like a line of communication between the players and PB.

Maximus made it and still no Kim possible

Polaris is the one who sends PB’s team our feedback, so that’s just being pedantic.

Great update! Much needed QoL updates, and finally, the acknowledgement of Invasion needing a fix.

I know, but people should have patience. I am on server 19, so it would be good to have Shan Yu, but I can wait.

Thank you for insulting me. I really appreciated having to look up the word to understand what you were saying.

It’s not uncommon, although it doesn’t see much use around here. Not really an insult either, since I wasn’t using it for the sake of belittling.

Anyhoo, we’re getting off topic.

If y’all keep adding non-verbal characters, I’m eventually going to have to make a serious push to include the Aracuan bird…

They look promising, though I can’t say for sure until I see final numbers as well as information about what parts of their skills are level-dependent. On a personal note, I love all four of those heroes and currently use two of them frequently, so I’m hoping the red skills will enable me to use the other two more frequently.

Streamlining the tiers isn’t nearly as necessary as increasing the rewards, but they’re both good steps to take. I just hope it’s actually a substantial increase, rather than just a 10% bump; it would be nice to encourage more people to play invasion again.

While this ultimately isn’t a huge savings for players, it’s a savings that comes right when many players need it most, and for that reason it’s one of the best improvements I’ve seen in a while. Add it to this, regarding Endless Creep Surge:

The first time you complete a major node in campaign chapters 1 through 7, there’s a bonus reward!

Free stuff is nice, but considering it’s for the first seven chapters of the game, I’m not expecting much.

A nice timesaver; I can never remember which stage is infected, and keep going there when I’d rather raid an uninfected one (except for weekends like this).

Translation: “We’re running out of ideas for new challenges.” I prefer reruns to ending challenges altogether, though I hope we’ll still see new ones as the devs come up with interesting ideas for them.

And thus ends Pooh’s reign as the game’s strongest tank.

Fixed an issue where some Android players were not able to watch videos.

Finally. Are there any plans for compensation for players who were sometimes unable to get double port rewards or otherwise utilize video bonuses for the past month plus?

Fixed an issue where opponents could be missed as targets for combat control buffs if they were moving or summoned minions.

This is promising; hopefully that means other persistent, annoying gameplay bugs, like lack of damage on entrance for Quorra/Baymax/Gonzo/etc. in war, might eventually be fixed.

These generally look pretty helpful - especially the ‘needed’ icon. Many times I’ve had to delve a dozen layers deep to find out what bit i was missing for a craft

Agreed, although it would be even better if there weren’t a dozen layers in a badge to start with. And I’m worried about what that will look like when a dozen different badges/bits are missing for the badge on the screen.

Great googly moogly, yes. At the very least, start extending some of the currently-existing ones; how long will it be before we can extend the 3% double drop chance past chapter 22?

If I may ask: why is this important?

does this affect every time Judy inspires an ally, like with her blue and purple, or only with her green?