Welcome to the Disney Heroes: Battle Mode 3.3.10 Update! This release features Bolt from Disney’s Bolt ,improvements to the Prize Wall, plus a number of other improvements and bug fixes. 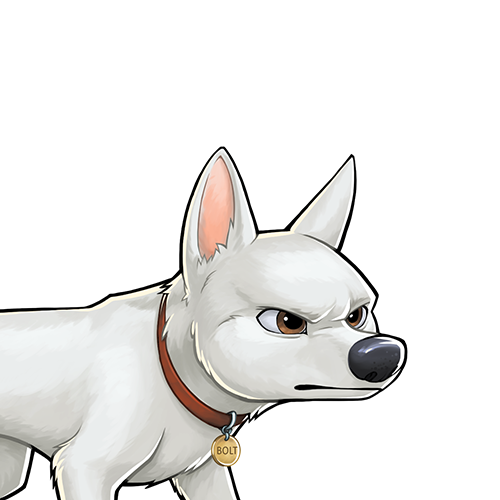 Bolt is a mid-line “Damage” hero on the Red team. Bolt will be available from the Prize Wall!

Bolt lets out a super bark which deals Normal Damage to all enemies while Knocking them back and Blinding them.

Bolt jumps up and lands on the ground with force, sending debris towards the closest enemy. The enemy takes Normal Damage and has their Armor reduced.

Bolt charges and headbutts the enemy with the highest Normal Crit, dealing Normal Damage and Stunning them. Bolt also steals Energy and removes all Shields from the enemy.

Bolt’s Basic Attacks deal Bonus True Damage and he gains Attack Speed and Movement Speed when he has X or more Energy.

Bolt gains Attack Speed and Move Speed for after using a skill. Bolt also reduces the remaining cooldown of “Super Jump” and “Super Speed” by a few seconds every X Basic Attacks. Enemies hit by “Super Speed” have their Tenacity and Evasion reduced.

We do plan to have hero refreshes again, but right now the team is focused on new heroes. We’ll have more details to share about that in the next State of the Game post that we’re working on for this month.

This is a full app and server update that is currently planned for Wednesday, September 8, 2021.

And it’s all amazing Bolt!!!

That’s some crazy movements… but at the end… wait what, Fozzie?
Uh…

Will be there clipart?

Fixed a bug with Shego where her damage over time skill could be transferred to her own team if she were charmed while it was active. Once activated, the damage should remain on the opponents.

Good to see these will be fixed.

Could be said by how much?
1 more crate?

Is it possible to reveal the rewards from it?

I can’t believe the other day I was saying I wanted bolt to be in the game and now he’s being added lol.

And no refresh again

Holy cow! I wasn’t expecting Bolt to be announced sooner, but he was one of the characters that I’d like to see in here! I knew Bolt would make a lot of sense since he’s a decent fighter on his own. I love the friend campaign that Bolt would stick up with.
And hold it. Are you saying Fozzie is going to ‘replace’ Swedish Chef as the new contest rank hero? I……I don’t get it, I’m surprised. I thought a brand new hero would be the new one. But okay well, I’m fine with that.
I feel like team blue fits a little better to me, but I don’t think it matters since blue had more heroes anyway.
Overall, I’m excited as usual!

That’s how I picture all of you still not giving us new guild perks or double port events.

No refresh? Another hero I have nearly maxed out in Contest rewards? Disgusting.

Why am I even here?

I always knew bolt was going to come in the game and I also knew he was gonna be on the red team now we need Penny Forrester, Mittens, and Rino

YES!!! FINALLY!!! Bolt is here!! My childhood film has returned! I can’t wait to see his interaction with Clawhauser! Cheshire is an interesting choice, but I’m interested in seeing this story unfold! Great update despite no hero refresh!

I was waiting for a refresh.Bolt it’s amazing .

Omg ANOTHER DOG HERO!!! I love dogs, so this makes me so happ

It’s the easiest thing in the world.

Raise some numbers. Boost some scaling.

It could be done in 5 minutes.

Give me a break. This is pathetic.

Wonder if Mittens will be added. She would be so nice to be added…

Wonder if Mittens will be added. She would be so nice to be added…

Let’s hope for the best!!

That would be a very bad way to refresh some characters! As the post said, we’re focusing on new heroes right now and will have more details to share later this month in the next State of the Game post.