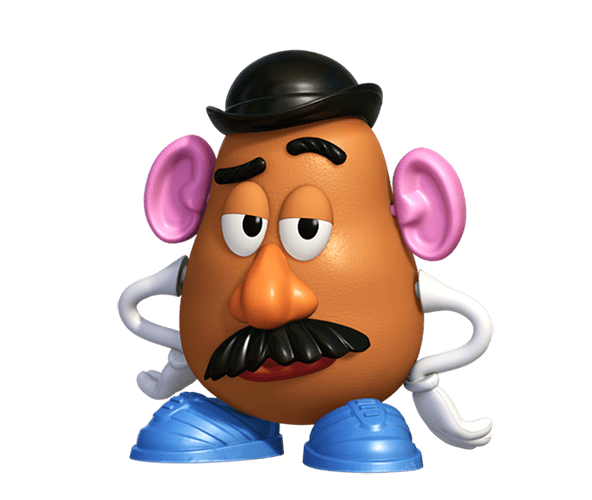 Entrance: Mr. Potato Head walks into the battlefield, putting his parts together while walking

Normal Damage
Mr. Potato Head turns around and switches his eyes out for shoes, then he turns around, running across the battlefield, dealing X damage to all enemies, pushing them back as he passes through them

Every time Mr. Potato Head damages an enemy with this skill, all his allies are healed for X HP and are given X armor

Green Skill: Face Jumple
Mr. Potato Head turns around and rearranges his face, turning back to reveal it, stunning all enemies for 5 seconds

This is how Mr. Potato Head will look when his face is jumbled: 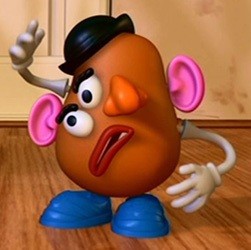 Blue Skill: Pull Yourself Together
When Mr. Potato Head reaches 0 HP, he reassembles himself, reviving, healing himself for X HP instantly and healing for X HP over time for 8 seconds

Purple Skill: Backup Pieces
Mr. Potato Head gains Z armor and Z reality for the rest of the wave whenever an enemy uses their active

Red Skill: Ages 3 and Up
Mr. Potato Head will ignore any damage done to him that is equal to less than 20% of his Max HP

Check out these other concepts that I have made!

Tap on the images to get there

I am always looking forward to feedback!

So sorry for reviving this, but what does his victory looks like?

Uh… I forgot about that…