Welcome, dear forumers, to the Concept Creation Contest of 2020 to crown the Grand Concept Creator/s Of 2020 with the motto "Don’t Just Fly. Soar!"
This post is for the details so you can start thinking of your concepts and answer some questions you may have.
Special thanks to the the people who helped me to work out the details and for being amazing helpers.

The judges will remain anonymous until the winners have been announced. There are three judges for both likely and unlikely categories.

A few things the concepts will be judged by are:

Format
To demonstrate the format, we have a special guest Hero! 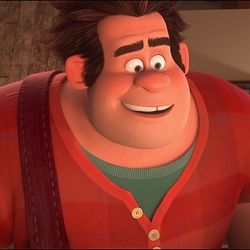 Trial Team: Blue
Source: Wreck it Ralph (Movie)
Info: Wreck-It Ralph is the antagonist of the videogame “Fix-It-Felix Jr.” who is sick of being a bad guy. In the end, he proves that being a Bad Guy doesn’t make you a bad guy.
Quote: “I’m bad, and that’s good! I will never be good, and that’s not bad. There’s no one I’d rather be… than me.”
Entrance: A speech bubble appears above Ralph, saying “I’m gonna Wreck-It!”
Basic Attack: Ralph punches enemies
Victory: Ralph smiles and spreads his arms as fireworks go off behind him
Defeat: Ralph falls over with a dazed look on his face

White: Wreck It
Ralph slams the ground, dealing X damage to enemies near him and stunning them for 3.0 seconds.

The stun has a chance to fail against enemies higher than level X.

Green: Shouting Match
Ralph shouts at his enemies, dealing them X damage and silencing them for 2.0 seconds.

The silence has a chance to fail against enemies higher than level X.

Blue: Grand Slam
Ralph slams his fist down on a single enemy, dealing X damage and stunning them for 7.0 seconds.

The stun has a chance to fail against enemies higher than level X.

Purple: Big Duty
Once per wave when Ralph falls below 30% hp, he regenerates X HP over 10 seconds.

Adding pictures for skills is not required, but recommended to give concepts more life.

Red skills are not necessary. But due to the fact that, red skills are on every server, it would be good for heroes to have a red skill too.

This post is only for the details of the contest. The submissions post will open sometime on Monday March 30. They will be open for you to submit your concepts until Friday April 17. You will know they are closed when I post a message saying “submission time is over”. Any concepts posted after that will not be judged.
The judges will grade the concepts from Saturday 18 to Monday 20 of April. The winner will be announced sometime Tuesday April 21, the World Creation Day.

The Rules For Likely Category

Rules For The Unlikely Category

So there you have it folks! You can use this thread to ask questions about the contest, and I will do my best to answer! Remember to have fun as you make your concepts! Good luck everyone…

NOTE: The announcement post was inspired by the Concept Creation Contest by @TheSpaghettiKing and @Silver_Bullet

By the way, is it actually okay to make a concept out of real animals, dinosaur, and other prehistoric creatures?

I have for both of my concepts ready!

In likely category it should be a Disney character so it could be an animal too, in the unlikely concept realistic animals… Well, I prefer not but it could be animals and dinos from movies (except disney).

What about hybrids and superhybrids from Jurassic World in Unlikely?

It’s from a game. Will the characters, animals, dinosaur, hybrids and superhybrids from the game be okay?

I have a question. Do I have to strictly follow this format, or can I make it a bit different?

For submitting concepts, do we have to say it’s for the contest in the title. Or is it just how we would normally do a concept?

I would post a new topic, one for the likely and one for the unlikely and you will be able to upload your concepts in the comments…

Do you mean as like through a link in the comments?

No, you will upload the full concept in a comment

Another question. The character I want to make for the unlikely category would REALLY fit a friendship with Kim Possible. Can I do that without being disqualified, since she’s confirmed but not released yet?

@Phaldow all friendships must be with characters ALREADY in the game, no future heroes.

Ok, I’ll find a replacement then. Thanks