Going for the likely category this time

I’ve wanted to do her for awhile… 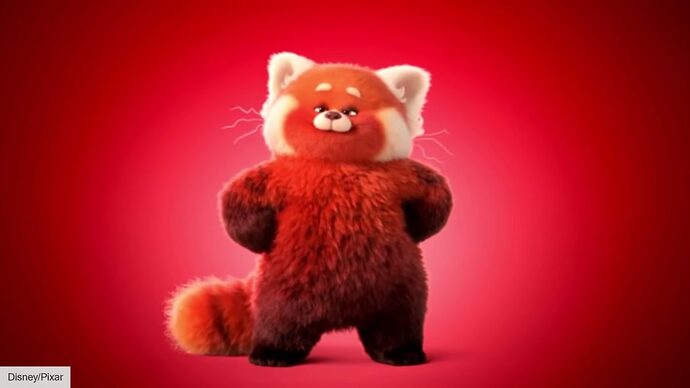 image1200×675 42.7 KB
Quote: “I wear what I want, say what I want, and will not hesitate to do a spontaneous cartwheel if I feel so moved.”
Meilin Lee uses her panda power to destroy all those who oppose her… and give fluffy hugs.

White skill: Panda Power!!
Meilin jumps into the air and lands in the enemy lineup, causing a shockwave. While doing this, she damages enemies for x hp and applies Blind and Shatter

Green skill: 4-Town Forever
Meilin whips out a speaker and starts playing 4-Town music, which Heals her for x hp and applies Perseverance.

Blue skill: All About That Hustle
When Meilin is about to be KO’d, she leaps into the air, healing for x hp and damages all enemies

Purple skill: Make My Own Moves
When Meilin uses Panda Power, pink smoke poofs around her. This smoke heals all allies for x hp and Cleanses them.

Red skill: Ferocious and Furry
When one of Meilin’s allies is KO’d she revives them and places a shield around them. For the rest of the wave, x% of damage to that ally goes to Meilin

… You could’ve just posted the concept in a separate topic and then linked it here like everyone else did.

I have no idea how to link… again sorry

When writing a comment, look for the chain icon to the left of the quotation marks. Use that to link a post.

I did that on purpose

… But why? Now your concept is incomplete.

I’ve stopped being a lazy bum and made a concept for Princess Eilonwy for this contest.

Guys, please, stay on topic and don’t comment anything further. This thread is ONLY for submissions. Whether the submissions are accepted or not, it’s up to me.

I got my likely submission ready!
Luisa Madrigal Concept

Here is my submission

this is my job. Thank you!

The submissions will be closed in about 2 hours. You still have time to upload your concepts!

Got it at the very last minute!

Submissions are officially closed! Thank u all for participating and good luck!