Make sure to vote for the next Office concept here. 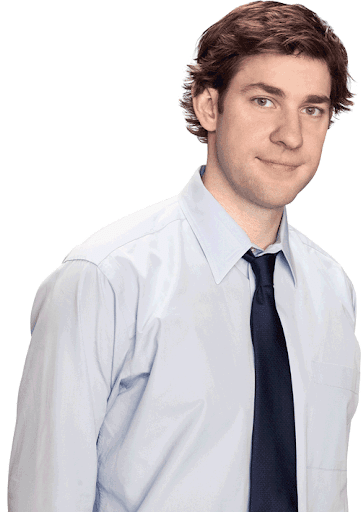 Jim uses his repertoire of pranks to control the enemy team.

“God, this is so sad, this is the smallest amount of power I’ve ever seen go to someone’s head.”

Basic Attack: Uses a lacrosse net to throw a snowball
Entrance: Walks in smugly, hands in his pockets
Victory: Smiles and looks at the user
Defeat: Covers his face with his arms and crouches

True Damage
Jim does 1 of 3 pranks. While on auto they cycle through, while on manual the player chooses which prank they want to use.

Jello: Jim encases the enemy team in jello, slowing their attack and movement speed by 80% for 8 seconds.

CIA: Jim sends a message from the ‘CIA’ to the enemy with the highest basic damage charming them for 10 seconds. While charmed they gain X skill power.

Worthy Opponent: Jim convinces each enemy to use their next basic attack on themself dealing a bonus X damage. If the enemy doesn’t have a standard basic attack they will take X damage instantly.

Normal Damage
Jim throws a basketball at a hoop that appears behind the furthest enemy. The basketball then lands on that enemy dealing X damage and stunning them for 12 seconds.

Blue Skill: Identity Theft
Jim pretends to be the closest enemy which causes their next three skills to fail altogether.
Has a chance for only the next attack to miss on enemies above level X.

Purple Skill: Morale Boost
Whenever Jim pranks an enemy with either Prankster or Identity Theft he increases his team’s attack speed by 15% for the rest of the wave and increases their basic damage by X.

Cool concept! Here some things that are interesting to me: