If Doof gets added it would be fun if he had friendships with Dr. Drakken and then Dr. Bunsen or Perry.

Drakken and Perry make the most sense to me

When will the new sign in hero be released?

Hello everyone! We’re making some changes to the Sign In Rewards starting in August. Here is a brief summary of the changes that will be having with the August Sign In Rewards: Gold and Hero XP have been significantly increased and now scale based on the max server level Disk Power has been added and scales based on max server level Ultra SD Cards have been removed There are no longer any Hero Chips in sign-in rewards Double Drop Consumables, Cosmetic Crates, Red Skill Crates, and Badge Crate…

Ok thanks. I most have missed that part. Its a shame there not doing sign in heroes anymore that gave me something to Do everyday lol

There is still rewards for logging in every day, the Prize wall still runs and your daily quests are still there
It is just one less hero being released monthly.

I knew the prize wall was still going to be there. And same with the daily quests.

Dr. Drakken and Perry would be good friends for him.

Yeah! Perry’s finally here! I wish he could’ve come earlier though. Maybe he could’ve been added to promote Candace Against The Universe, alongside Candace, Doof or Phineas and Ferb

YES. First hero for Phineas and Ferb. So can’t wait for him to arrive into the game. image1900×1068 285 KB
Major Monogram: Agent P, There have been a bunch of creeps going out in the City and the hub, we think it’s Doofenshmertz who’s involved but it turns out he had nothing to to with them, your mission is to head out in the city and the hub and stop this invasion and find the one responsible for causing this to happen. 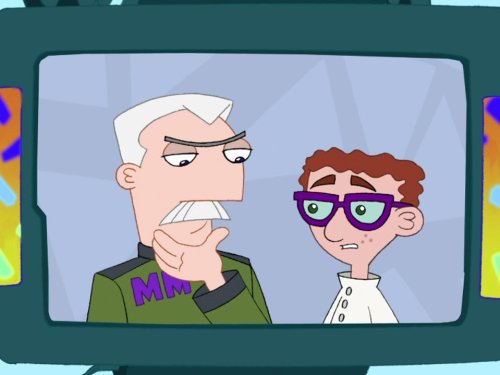 We are missing the following heroes’ locations from 11 August:

I understand you are mixing the rotations due to sign in hero complicating things, but would be nice if we could have some sort of glimpse as to what is going to happen in the future with rotations… please

What I personally wonder… who will be Battle Pass hero in September? Gothel or Perry?
I think majority would prefer Perry here, but then there is still another hero to place somewhere… and where it will be?
Will every X Prize Wall hero join the old sign-in rotation, making Gothel moving to contest rewards in September?

Kid seriously. Cut it out or you’ll get yourself banned.
Matter of fact judging by your attention span you are probably too young to be here anyway

the update is actually on August 2nd, thats when he will be battle pass, August 11th is when his prize wall starts, not the entire update

Pacha (has been in VIP crate for 3 weeks, unless he is staying there longer given that Duff moves to Battle pass instead of VIP Crate like Pacha, Snow White and Underminer did before him)

Most likely Phillip subs Pacha here… Phillip was in Prize Wall before Duff.