This is my submission for The ghost grim and grinning’s spooky concept contest! 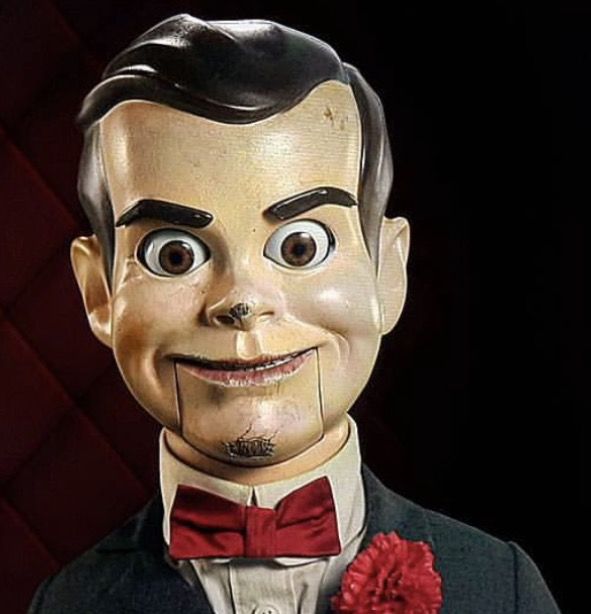 “Who are you calling dummy, dummy?”

The evilest ventriloquist puppet around, Slappy unleashes monsters from the Goosebumps series to terrify the enemies.

White Skill: Monsters Unleashed (Fantastic Damage)
The player chooses which monster Slappy summons from his book to fight with him for the rest of the wave. Each monster deals X fantastic damage for their basic attack, and have X HP.

The Abominable Snowman of Pasadena: Freezes enemies every 3 basic attacks.

The Werewolf of Fever Swamp: Shreds enemy armor, removing X armor from enemies and causing them to bleed, dealing X damage over 3 seconds.

The Haunted Mask: Attaches to the enemy with the most skill power, charming them instead for 6 seconds. While the enemy is affected by the haunted mask, they gain X basic damage and are immune to additional debuffs. If this fails or expires, the mask will deal X damage to them instead.

The Lawn Gnomes: Stuns enemies for 4 seconds every 7 seconds.

When a monster is summoned, they scare enemies for 10 seconds. Fantastic damage always crits against scared enemies. The scare has a chance to fail against enemies above level X.

Green Skill: Gummy Scare (Fantastic Damage)
Slappy releases evil gummy bears to enemies that will attach on to them, dealing X damage to them per second and slowing their movement and attack speed by 25% for 6 seconds.

Purple Skill: Haunted Halloween
Slappy and his allies gain X Skill Power and heal themselves for X HP whenever they scare an enemy.

The skill power is reduced by 50% at the end of each wave. This effect is reduced against allies above level X.

Red Skill: Trick or Trap (TRUE Damage)
Gummy bears from “Gummy Scare” now have a 100% chance of becoming a giga gummy bear, which doubles the effects and deal true damage instead of fantastic damage. True damage ignores armor and reality.

50% of stats removed from enemies is redirected to Slappy for the rest of the wave.

Slappy-Oogie Boogie
One Good Scare
Super Crit While Debuffed
+25 (+25 per star level) Evasion
• If Slappy were to Crit while debuffed, he has a 20% (+20 per star level) chance to super crit intsead.
• Slappy and his monsters deal X additional damage to debuffed enemies.

Slappy-Jack Skellington
Twelve Screams of Christmas
Stronger Vs Hardy
+X Basic Damage
• Slappy deals 5% (+5 per star level) more damage to enemies with stacks of “Hardy” per stack that they have.

This is really good

Yikes! Thanks for the jumpscare! That doll is creepy.

Another one could be “Who you call dummy, Dummy?”

That’s a good one.

If you liked this concept, be sure to vote for it in the poll!
Here

Happy Halloween y’all! Sorry for the revive but enjoy this minor refresh of Slappy!