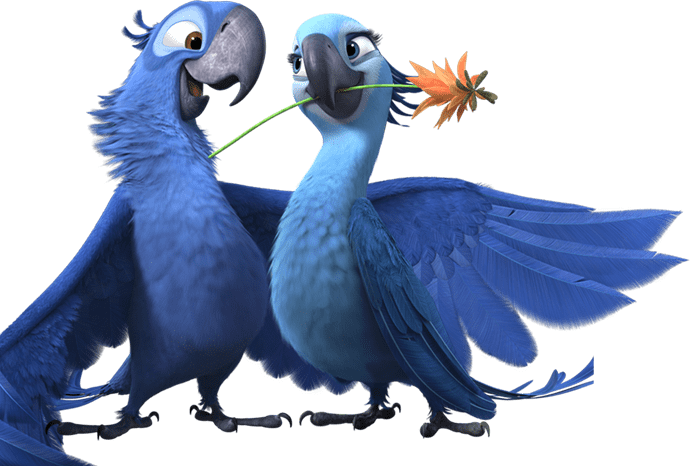 Quote: “Flying is… is freedom, and… and not having to rely on anyone. Don’t you want that?”

Description: Blu & Jewel samba and fly with their allies on the battlefield, fighting back against their enemies.

Victory: They both dance with one another. 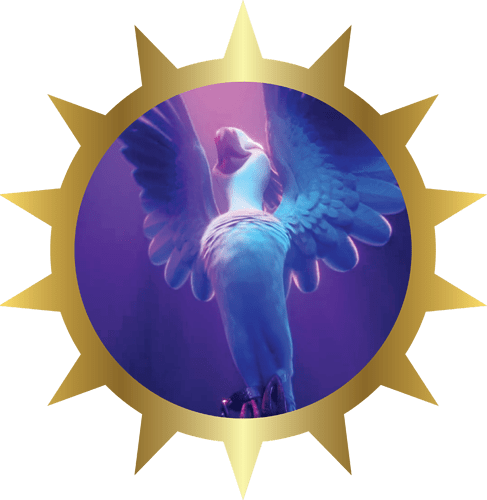 The Energize has a chance to fail on allies above level X. 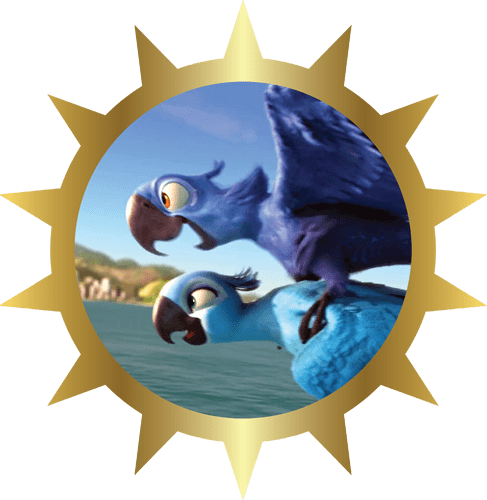 Blu gathers the courage to fly, carrying him and Jewel through the battlefield and damages enemies flying through, dealing X damage and sapping them for 12 seconds.

Blue Skill: All the Birds of a Feather 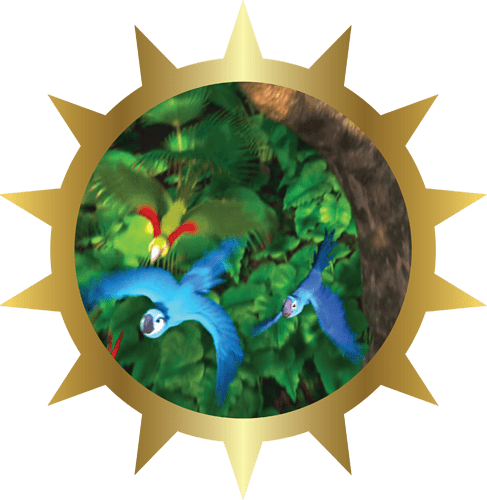 Blu and Jewel rally some of their father friends to heal allies for X HP per second for 15 seconds, and increase their basic damage by X. 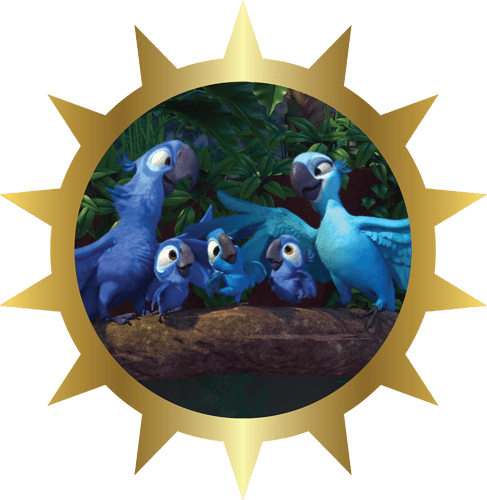 Allies energized by Blu & Jewel regen 30% of their Max HP per second.

The heal is less effective on allies above level X. 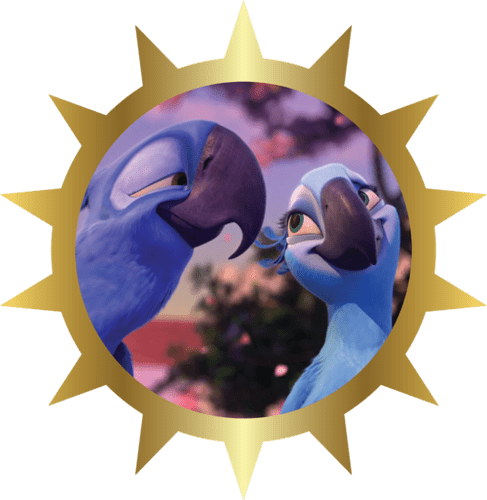 At the start of each wave, Blu & Jewel increases allies’ skill power by 90% for the rest of the wave.

This increase has a chance to fail on allies above level X.

Campaign Description: Russell seeks the help of Blu and Jewel to help him complete his Bird-Watching Scavenger Hunt Activity in order to get a new badge.

Disk Symbol: A microphone with a vine around it

Campaign Description: Libby takes an opportunity to learn all about Blu & Jewel’s unique style of music which originates from Rio.

"All the Birds of a Feather" gives “Hardy” to Allies

That sounds like too much. Other than that, great concept

Fixed it. What do you like about this concept?

I like the duo dynamic between Blue and Jewel

What memory disk would you work on?

Very unlikely for me to make a concept based on those two. Could be possible, but don’t expect it anytime soon.

Isnt rio from blue sky? If it is then blu and jewel would be semi likleley not unlikley

Um, I guess so. I doubt that Disney heroes would add in any IPS from Blue Sky, since the studio shut down not long ago.

Maybe, it could be considered wishful thinking.

It was said to NOT be impossible, so we might get some Blue Sky and Fox characters one day.

Who knows? Maybe we will. How would you counter Blu & Jewel, and what team would you put them on?

Countering them with that purple skill is very very very hard, stacks of fatigue block healing over time so I guess Swedish Chef would be the optimal counter

Speaking of which, putting them on teams with will give them a lot of energy (Russell for example) lets them spam white and mass heal

It can be pretty hard to try and counter them. I say that they definitely have evasion, which can be hard to deal with. Russell would be pretty good so he can allow the birds to spam their skills, making them unkillable.

Even though your concept was good, I felt that there was a missed opportunity. With your blue skill, I feel like you could’ve incorporated using the Brazil nut trees that the birds used in the second movie. Maybe this could’ve been their basic attack instead of pecking enemies as well. Other than that it was a good concept!

Who knows? Maybe we will. How would you counter Blu & Jewel, and what team would you put them on?

Maybe with someone who is broken or deals tons of Damage?

Where is Rino exactly, Rino?

It´s in Mexico, tourists from all over the world come to watch the Rinos