Welcome to the Disney Heroes: Battle Mode 2.4.10 Update! This release features Fear from Disney and Pixar’s Inside Out, and a Hero Refresh for Dr Facilier! 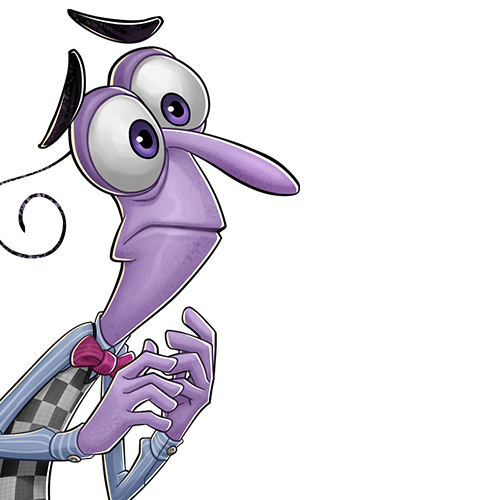 Fear is a back-line ”Support” hero. Fear will be available in Diamond Crates.

Passive: Instead of a basic attack, Fear gets more anxious, gaining stacks of Dread. Fear is also always Scared but grants himself and allies armor per stack of Dread he has. Lastly, when Fear or an ally receive more than a percent of their max HP as damage in a single hit, Fear gains stacks of Dread.

Active: Fear panics and flails through enemies, dealing damage and stunning enemies. Fear deals more damage and stuns enemies longer per stack of Dread he has.

Fear tosses a helmet to a number of allies with the least HP, granting them a shield. Heroes with this shield cannot be disabled.

Fear and his allies take less damage from crits and super crits per stack of Dread Fear has.

The first few Disables that are blocked by the shield from “Extra Protection” are sent back at the enemy that attempted to apply them. Disables include Charms, Freezes, Stuns, Blinds, and Silences. Fear and his allies are immune to Freezes for the first few seconds of each wave. 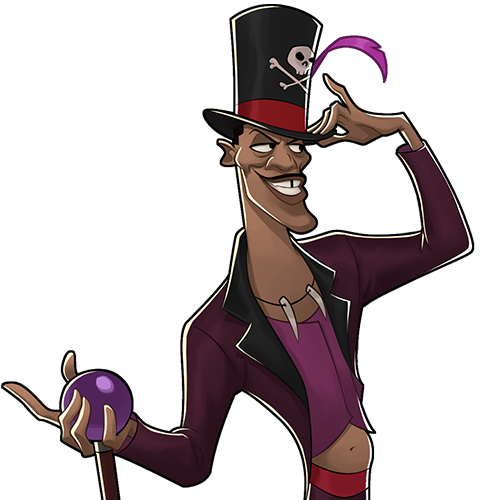 It’s time again for another Hero Refresh. For 2.4.10, we’re refreshing Dr. Facilier himself! Dr. Facilier is adept at constantly applying a variety of debuffs and locking down one enemy for a long duration while protecting himself with his active skill. With these changes, we wanted to lean into Dr. Facilier’s ability to rapidly debuff enemies and make his shield more mechanically unbreakable. Take a look!

Dr. Facilier places a totem on the closest enemy, turning them into a frog. He also applies a shield to himself. When the shield is destroyed, the enemy will turn back into their original form. Dr. Facilier’s totem cannot be avoided or reduced by evasion, tenacity, or dodges.

Dr. Facilier throws 3 tarot cards at random enemies, dealing damage with each card. Each card also decreases the enemy’s attack speed, silences them, or stuns them.

Dr. Facilier sends out one of his friends from the other side to strike the enemy with the most HP, dealing damage and stunning them. If Dr. Facilier KO’s an enemy with this skill, the remaining cooldown of this skill is reduced to 0 seconds.

Whenever Dr. Facilier damages an enemy with one of his skills or basic attacks, they are Cursed.

Enemies damaged by “The Cards Will Tell” are also Sapped. When Dr. Facilier Curses an enemy, the remaining cooldown of “The Cards will Tell” is reduced. Dr. Facilier’s attack speed is increased while shielded by “Seeing Green.”

“Queen of the Other Side” from Maleficent

This is a full app and server update that is currently planned for Tuesday, November 17

Now we have all emotions

Finally! Yeah, what do you think about Facilier Refresh?

But why? Why would you do that?

Why him, why not some of the older characters?

The transformation on this skill cannot be avoided by evasion, tenacity, or dodges

New! Hero Fear from Disney and Pixar’s Inside Out !

Should have been Mickey, but ok.

Existing Hero: Kim Possible will be available in the Elite Campaign

Dr. Facilier, cmon man give it to someone more deserving he is already good, DHBM maybe Olaf needs a refresh he does like NO damage and he’s a tank!

Apart of the stupidest hero refresh ever (because who asked?), giant thanks fot these bug fixes

We’re still on the Cheshire Cat train then, I guess

Fear and his allies are immune to Freezes for the first few seconds of each wave.

That fast? Why not other heroes that came in 2018?

This refresh is clearly just to stop a meta instead of introducing a new hero… which is good, but lame

Now I don’t have to wait

The friend stamina item is now visible and usable from the items screen.

But this was fixed some time ago…

You know, I’d think if it were to be a hero refresh, it would be on the older characters, like Violet, Ralph, etc. But, Basil would benefit most from a refresh.

New! Hero Fear from Disney and Pixar’s Inside Out !

YES! Now we have the full set from Inside Out!
Anyway.

Chapters, Trial difficulties, and port difficulties are no longer restricted by team level

NOOOOOOOOOOO, I don’t get to check this out yet!

YES! Now Kristoff isn’t annoying anymore (Too bad I can’t use him for permafreezing other arena teams lol)

AND Dr Faciler got refreshed so…

I think this update is ehhhhh, Dr. Facilier will be to Op after this update, get nerfed and then go into the box of unwanted Toys… (toons.) Aside from this Fear is a great addition to the game, I’ll probably start work on him after disgust.

This would have been better.