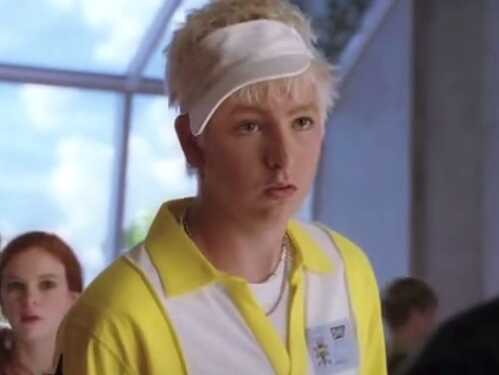 Quote: “Try not to drop your clipboard.”

Blue Skill - Cocky Kid
Zach attempts to glow, but fails, applying Cringe to two random enemies for 6 seconds. Enemies with Cringe will refuse to target Zach during this time block.

Red Skill - On the Bright Side
Allies that reach 25% their max HP gain X additional HP from Zach each time he performs his “Zach Attack” skill.

Zach + Ron Stoppable
Campaign: Monkeying Around - Zach and Ron try to understand each other’s powers. Both bewildered by their powers’ origins, they try out their combined skills on a creep raid.
Disk: Hero Class
Disk Memory: After Zach performs his “Cocky Kid” skill, he is invincible for 5 seconds.
Disk Power: Z armor

Great concept! Only one nitpick:

On the blue skill, it says that it applies it to allies, not enemies. It also is said that “Enemies with Cringe will refuse to target Zach during this time block.” Some of the other skills like “Cringe” make Zach more of a Tank than a support. Friendships are pretty good as well.

BTW, since you’re doing a lot of Sky High concepts lately, how’s about the next one on Royal Pain?

Is he likley or not?

Yes, Sky High is a Disney movie, and therefore, he is a likely character.